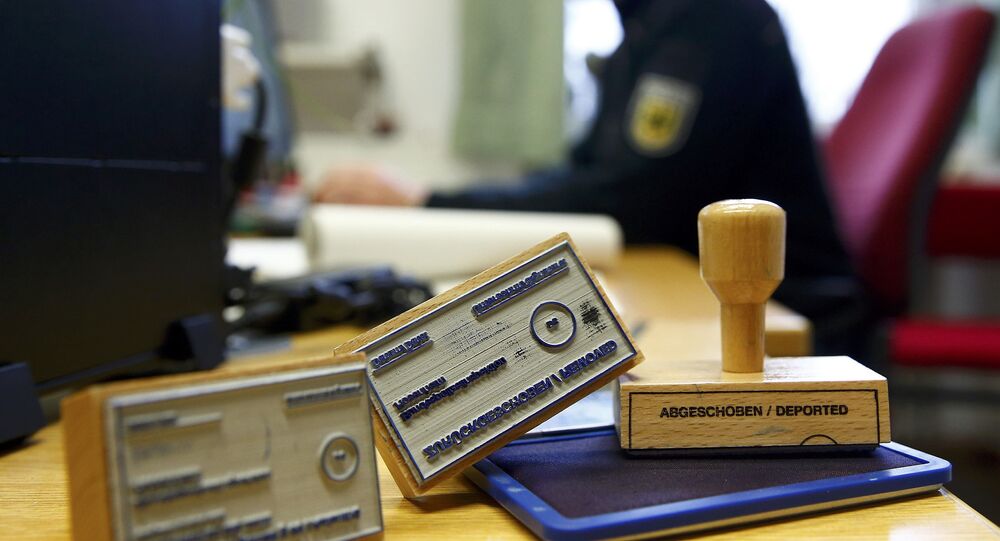 During his third month in office, Horst Seehofer, from the sister party of Angela Merkel’s Christian Democratic Union, is under fire for alleged mass abuses within Migration and Refugee Agency. Officials from one of its regional offices allegedly granted asylum for bribes; other branches are now being investigated.

Germany’s Interior Minister Horst Seehofer from the conservative Christian Social Union from Bavaria has announced that a branch of the Federal Migration and Refugee Agency (BAMF) in the state city of Bremen would no longer decide on asylum applications following revelations concerning numerous cases of misconduct there.

"Confidence in the quality of the asylum procedures and the integrity of the Bremen arrival center has been massively damaged," Seehofer’s statement reads.

The BAMF office in Bremen allegedly granted asylum to more than 1,200 seekers mostly from the Iraqi Kurd community, who failed to meet necessary criteria, in exchange for bribes between 2013 and 2017. In April the local prosecution service stated that six people, including the former director of the center, are under corruption investigation.

This dragged the agency, which faces criticism for failing to tackle the migration influx since 2015, into another spiral of public scrutiny. Following the Bremen revelations, 13 more branches have been subjected to probes, as the newspaper Bild reported. According to the media, the proportion of accepted applications there differed noticeably from other offices. Now 8,000 applications are to be reviewed again. This has put BAMF Chief Jutta Cordt in hot water, as there have been reported by the media that she knew about the abuses since February 2017, but failed to probe them. Her office denied the allegations.

The head of the Interior Ministry is to testify before a special meeting of the German Parliament’s internal affairs committee, requested by the left-wing Green Party that is in opposition now. Meanwhile, the right-wing Alternative for Germany (AfD), advocating a tougher stance on refugee policy, and the centrist Federal Democratic Party (FDP) insist on a full-scale parliamentary probe of Seehofer’s actions, according to Deutsche Welle.
To start the investigation, they must secure votes from one quarter of the lawmakers. The needed number of votes for the commencement can be delivered by the Green Party, which lingers to resort to this option, however.

Green refugee policy spokeswoman Luise Amtsberg told DW that her party could change its mind in favor of probing Seehofer if it thought he was stonewalling. Despite teasing with "organizational and possibly personnel decisions" on the matter, Seehofer hasn’t given the Greens access to internal BAMF reports, some of which have already been leaked to the press.

The agency has been criticized for failures to handle the migrant influx from the Middle East and Northern Africa since the refugee crisis broke out in Europe in 2015. Following the announcement of the “open borders policy,” Germany has accepted more than 1 million migrants, which is more than any other country on the continent.