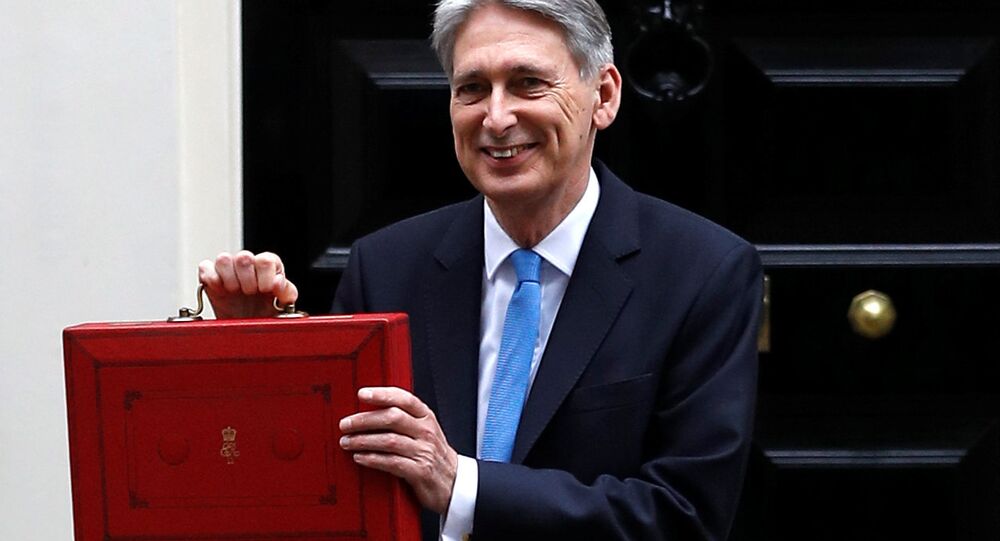 UK Has Failed to Eliminate Deficit Despite Cuts to NHS, Police – Labour Official

The UK government entered the new financial year on May 22 in a supposedly strong position, with a smaller than expected budget deficit in April, according to the Office for National Statistics (ONS.)

Peter Dowd, the Labour Party’s shadow chief secretary to the treasury, said the figures published by the ONS confirmed that the UK government is yet to eliminate the budget deficit, after already missing its target in 2015.

“These figures today further confirm that after eight years of austerity the deficit has still not been eliminated, despite the Tories originally promising it would be by 2015,” the shadow official said, according to a Labour press release.

© REUTERS / Clodagh Kilcoyne
UK Fiscal Deficit Widens in June Sparking Fears That Austerity is Failing
Plans to eliminate the budget deficit were unveiled by then-Chancellor George Osborne in 2010, and have since been the subject of criticism and controversy, largely due to the austerity measures adopted in line with the goal of slashing public spending to prevent the UK’s public finances from spiraling out of control.

This contentious policy was also attacked by MP Peter Dowd yesterday, with the Labour official claiming that UK public services – such as the National Health Service (NHS) – are in a state of “crisis” due to underfunding.

“Yet our vital public services remain in crisis due to continued underfunding by the Chancellor, who still manages to find the money for billions of pounds of tax giveaways to large corporations and the super-rich. Working people remain in need of urgent change as real wages are still lower than what they were in 2010,” he added.

Cuts to the budgets of police forces throughout Britain have been of much debate in recent months, due to the increase in the number of violent crimes being carried out on the streets of major cities, particularly London.

Experts, politicians and former police chiefs have attributed this rise to the government’s austerity measures, insisting that the budget cuts have slashed the number of police officers patrolling the streets, particularly crime hotspots, making much of the UK less safe.

© AP Photo / Victoria Jones/PA
UK Violent Crime Surge Continues as 60 Killed in London So Far This Year
The British government has shrugged off these claims, and has made no indication it will reverse the budget cuts in the interest of national security and public safety.

Meanwhile, Labour – the UK’s second largest political party – has vowed to provide public services with the funding they need, and MP Dowd said yesterday they would seek to build a “high-wage, high-skill economy for the many, not the few” if they gain power in the next general election, which is scheduled to be held in 2022.

“The next Labour government will set out a serious plan for our public finances with strategic investment underpinned by our Fiscal Credibility Rule, to help build a high-wage, high-skill economy for the many, not the few,” Labour’s shadow chief secretary to the treasury concluded.