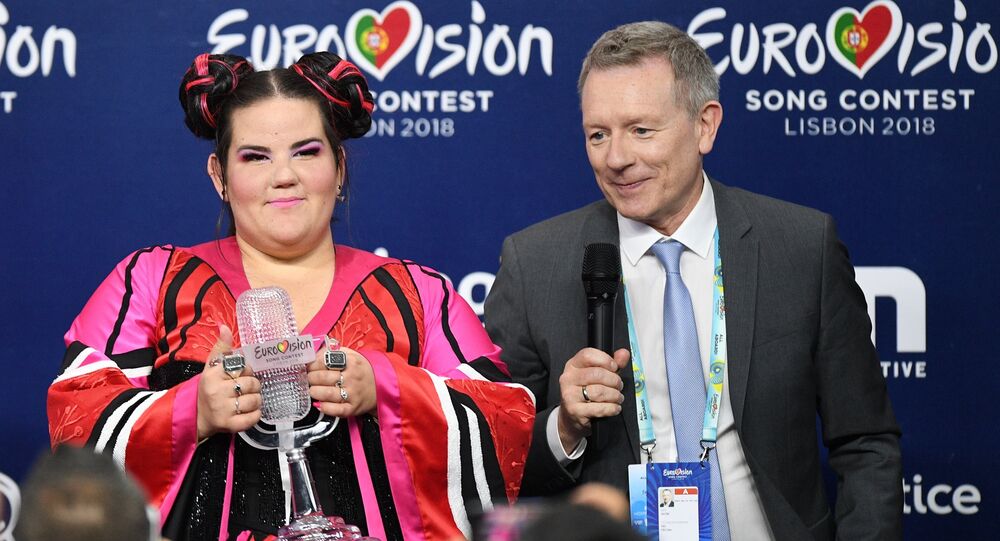 The Eurovision Song Contest is no stranger to controversies caused by the politics behind the singing. Throughout the years the competition has fallen prey to international bickering and attempts to push forward a charged agenda.

The latest issue surrounding the international competition has centered on Israel hosting the next year's finals.

A statement posted on the Eurovision Song Contest official Facebook page warned the fans to withhold from buying tickets for the 2019 event and be on the lookout for the official announcements.

There are plans to hold the competition in Jerusalem, but the date and the location of the next year's Eurovision haven't been yet confirmed. According to Israel's public broadcaster Kan, the Eurovision organizers have expressed concern over the politicization of the contest.

"We will invite Saudi Arabia and the Gulf States, Dubai, Abu Dhabi, and also Tunisia to take part in the Eurovision contest. Why not? If they just request it."

According to media reports, the organizers of the contest — the European Broadcasting Union — "did not care" for the remarks made by ministers Miri Regev and Ayoub Kara about hosting and producing the contest in Jerusalem.

"The decisions made by Regev and Kara before even hearing anything about hosting the Eurovision are not deemed customary in the eyes of the Union's officials," a source told Haaretz.

Another Eurovision controversy has unraveled when the Ukrainian entry and the 2016 winner Jamala preformed the song 1944. The lyrics were widely interpreted as referring to Joseph Stalin's deportation of Crimean Tatars amid the largely tense relations between Russia and Ukraine.

"When strangers are coming, they come to your house, they kill you all and say, we're not guilty, not guilty," the Ukrainian performer sang.

Jamala's victory meant Kiev would be hosting Eurovision next. It was in 2017 when the singer representing Russia, Yulia Samoilova, was denied entry to Ukraine.

© Sputnik / Alexey Filippov
Singer Yulia Samoilova, Russia's Eurovision 2017 contestant, and her husband, Alexei Taran, at Sheremetyevo Airport
"It's… regrettable that the organizers of Eurovision were unable to fulfil the conditions of their own rules and were unable to call on the country that expressed willingness to host this contest, to observe the rules of the host party, which are mentioned in the relevant documents of the European Broadcasting Union," Kremlin spokesman Dmitry Peskov said commenting on the development.

The Security Service of Ukraine (SBU) banned Samoilova, citing the alleged "violation by her of the Ukrainian legislation."

Another memorable Eurovision winner who raised eyebrows and had viewers talking was the bearded transvestite artist Conchita Wurst.

The eccentric performer claimed the first place in 2014 with her song "Rise Like a Phoenix," following which petitions against the singer emerged in Belarus, Azerbaijan, Russia and the singer's native Austria, prompted by perceived politicization of LGBT rights in Europe.

Many viewers were scared more than anything when they watched a heavy metal band from Finland win the 2006 Eurovision contest.

The band called Lordi refused to take off their scary masks, while the lead singer wielded a double-bitted axe. The peculiar performance prompted criticism from a Finnish Orthodox Christian clergyman, who branded the choice of the band name a "sacrilege".