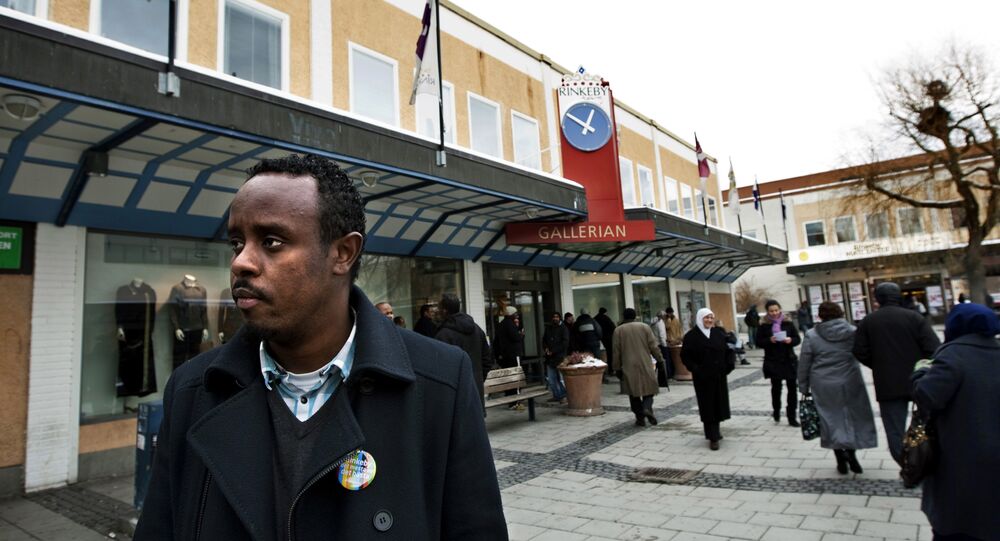 The Sweden Democrats have backed up the Conservatives' crusade to put an end to so-called "honor culture" permeating Swedish suburbs and stressed that they are prepared to go as far as expulsion to tackle it.

The Swedish Conservatives have presented a new set of measures against so-called "moral police" and honor-related oppression. The party wants to introduce "unlawful restriction of freedom" as a new crime, which they deem punishable by up to three years' imprisonment.

"They restrict women's freedom, control and keep them tied to the family," Conservative gender equality and integration spokesperson Jessica Polfjärd explained the importance of addressing this phenomenon to Swedish national broadcaster SVT.

The Conservatives also want to weed out informal "moral police" who monitor how women and girls in Swedish suburbs appear before the public eye and see to it that they are "correctly" dressed and behave themselves accordingly.

"There are people who choose to limit women's freedom in Sweden. We will tackle them with prison sentences and imprisonment," Conservative legal spokesman Tomas Tobé said, including that expulsion could be viewed as an emergency measure.

Individuals suspected of involvement with "moral police" will be refused access to certain premises. According to Tobé, such refusals will be issued immediately, without having to wait for a court order, and will first and foremost affect people patrolling the streets.

The Conservatives also propose a comprehensive survey of "moral police," due to a lack of research material on this issue. According to the party, this data will be of great help to police and municipalities, assisting the authorities in reaching out to girls and women at risk of oppression.

The Conservatives' proposals have been welcomed by the Swedish Democrats (SD), especially when combined with compulsory expulsion. However, the SD have conceded that the burden of proof might be a tough obstacle to surmount.

"Words will be countered with words. Also, the 'moral police' are likely to have the environment on their side," SD legal spokesman Adam Martineinen said. At the same time, he stressed that offenders must be expelled from the country to see a change in the long run.

The Sweden Democrats also stressed that they have brought up this problem before, without any response from other parties.

Meanwhile, women's rights activist Amineh Kakabaveh of the Left Party, who also chairs the Varken Hora Eller Kuvad organization ("Neither whore, nor subdued"), was also supportive of the idea, yet expressed some reservations. According to Kakabaveh, the proposal will neither significantly affect those exposed nor increase the number of convictions.

"Cases of rape and child marriage are being laid down today. However, laws are already in place," Kakabaveh told the Stockholm Direkt news outlet, stressing the problem of victims not daring to report the crimes.

The issue of honor-related violence has come into the limelight in Sweden amid the mass immigration in recent  years. In the past three years alone, Sweden, a nation of 10 million, received over 200,000 asylum seekers, from predominantly Muslim countries.