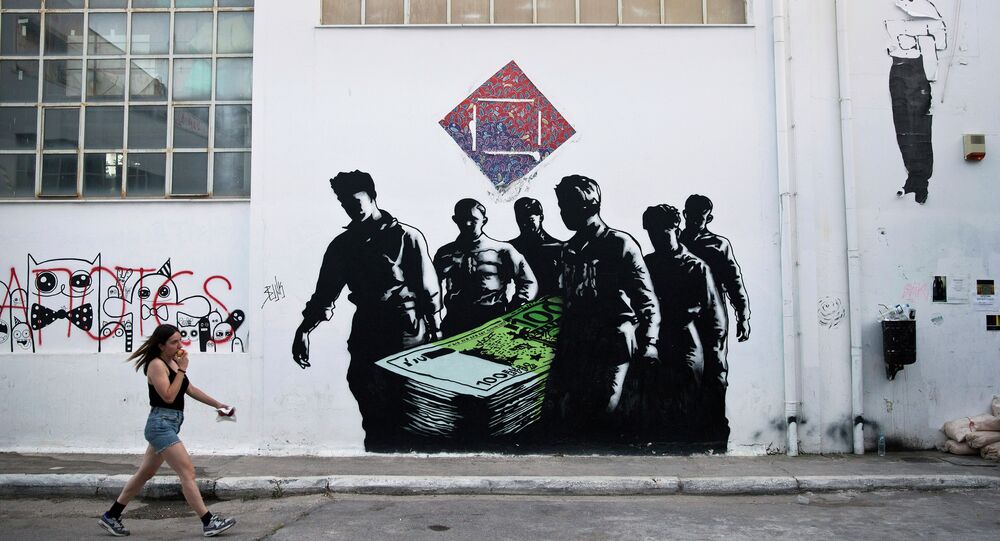 BRUSSELS (Sputnik) - Greece is expected to receive the final tranche of the European Stability Mechanism (ESM) multi-year financial assistance for the country, with the sum set to be discussed by Eurozone members later in the week, a source familiar with the matter said Tuesday.

"In June is the last tranche … I think, because the program ends, we will probably choose for having one disbursement and not several ones," the source told reporters.

However, the source did not specify the amount of the tranche, as the issue is expected to be discussed at the council of Eurozone finance ministers' meeting on Thursday.

© REUTERS / Giorgos Moutafis
Responsibility for the Migrant Crisis in Greece Falls Mostly Upon the EU – Expert
He also noted that the European Union did not plan to allocate any additional financial assistance to Greece, however, did not rule out debt relief measures.

"No new money, but there could be something on debt relief," the source said, when asked whether the European Union planned to allocate additional financial assistance to Greece.

Greece has taken on massive debt while battling an economic crisis through austerity measures since 2010. In 2015, Greece's international creditors — the European Commission, the European Central Bank and the International Monetary Fund — signed an agreement with Athens approving a third bailout package worth some 86 billion euros ($101 billion at current exchange rates) in exchange for austerity reforms, which include pension cuts and tax hikes. The bailout package expires in August, while Greece has already received 45.9 billion euros.