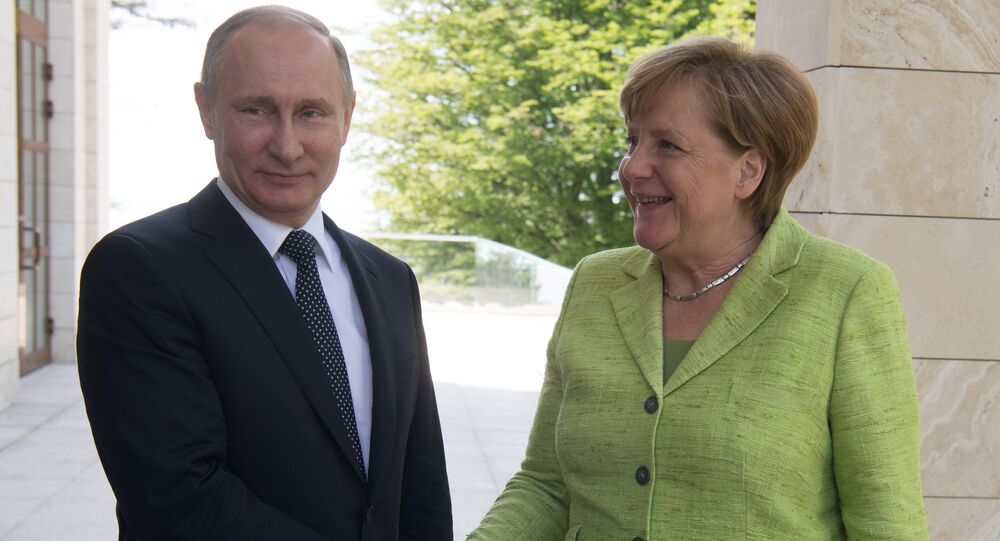 The author of the publication assessed the recent meeting of the two leaders critically and compared it to a "diplomatic duel."

A journalist from the German newspaper Bild has claimed that there is a "hidden meaning" behind Russian President Vladimir Putin giving German Chancellor Angela Merkel a bouquet of flowers during their recent meeting.

The journalist is confident that the present is not exactly what it seems.

"It looks like a courtesy, but in fact it's an affront," he argued.

According to the author of the publication, heads of state are supposed to shake hands during a meeting and not present each other with flowers.

He is convinced that the flowers were supposed to remind Merkel that she was a woman. For unknown reasons, the journalist found this move offensive.

Why are Putin's flowers an affront to Merkel @BILD

Because editor-in-chief Reichelt / Röpcke is a Russophobic transantanist. These two bastards run the whole newspaper.

Others reacted to the gift rather skeptically.

Are Putin's flowers for Merkel comparable to a horse's head in the bed? Or the kiss of a godfather? Just asking.

During the meeting, both politicians reiterated their commitment to the Iran nuclear deal and readiness to further the implementation of the Nord Stream 2 project. They also stressed the need for a political settlement to the Syrian conflict.

According to the Russian president, the discussions were meaningful and right on time, while Angela Merkel said, in turn, that good relations with Russia meet Germany's strategic interests.