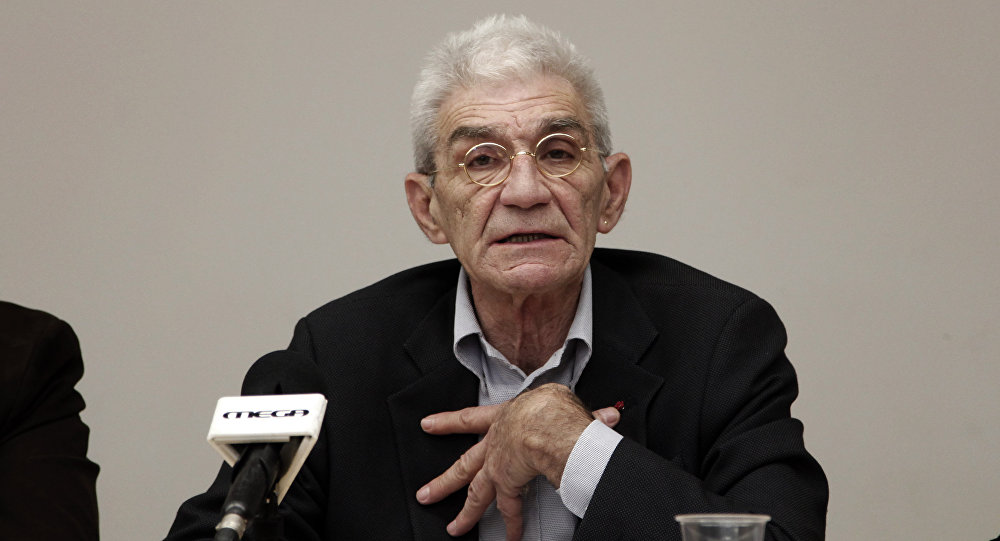 MOSCOW (Sputnik) - Yiannis Boutaris, the mayor of the city of Thessaloniki in northern Greece, was attacked by a group of nationalists at a ceremony of commemoration of Pontic Genocide victims on Saturday, the Greek City Times reported.

According to the Greek City Times, a dozen of people approached the 75-year-old official known for his anti-nationalist stance telling him to leave the commemoration event, after which they attacked him with bottles, and kicked in the head and legs when the man fell down.

Boutaris was delivered to a hospital for treatment and kept there overnight.

"They were hitting me everywhere. Kicks, punches, the lot," Boutaris told state agency ANA on Sunday. "It was a despicable attack, but I am well."

The mayor of Greece’s second-largest city, #Thessaloniki, was attacked by an angry mob of at least a dozen people, believed to be nationalist extremists, during a remembrance event on Saturday.pic.twitter.com/xEuBRAOWAS

Previously Boutaris slammed members of the Greek far-right Golden Dawn party, calling them "killers" and "nazis". In 2012 he was chosen as 'the best mayor of the world' for the month of October by the Britain-based City Mayors Foundation.