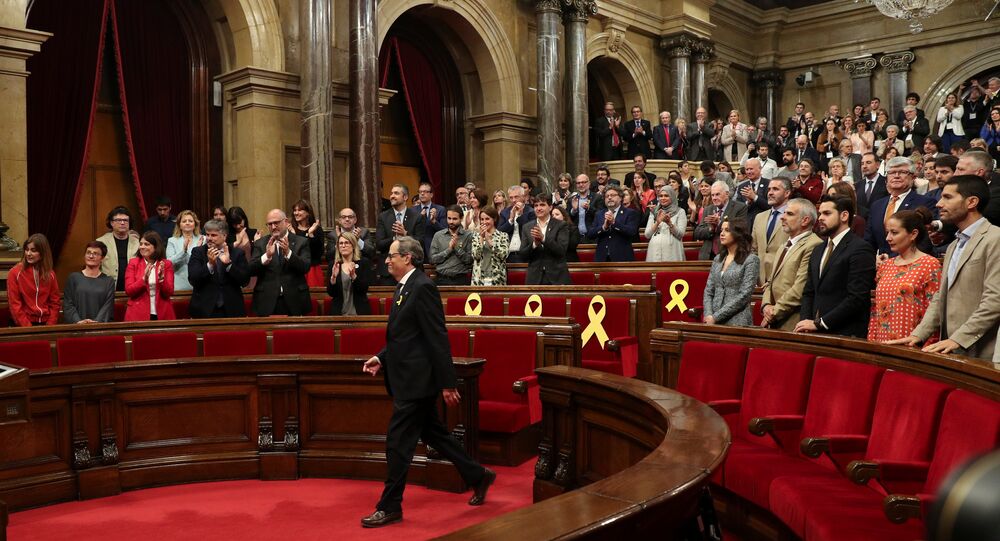 Jordi Turull and Josep Rull were nominated as administration chief and territorial adviser, respectively. They were suspended from their former duties in late October when Madrid imposed direct rule on Catalonia and are currently jailed over charges of organizing an uprising and embezzlement of state funds.

Toni Comin was re-appointed as education adviser, while Lluis Puig as culture adviser. Both politicians are currently in exile in Belgium, where they fled in October with Puigdemont, who is charged with rebellion and misuse of public funds.

Earlier this week, a Belgian court denied Puig's and Comin's extradition to Spain, where the politicians are facing charges related to holding of an independence referendum on October 1.

On Monday, the Catalan Parliament elected Quim Torra, a lawmaker from Junts per Catalunya party, as the president of the autonomous region.

He took an oath on May 17 but did not swear allegiance to both the Spanish king and the constitution. Torra calls himself an interim head of the Catalan government as he considers Puigdemont a true leader of the cabinet.