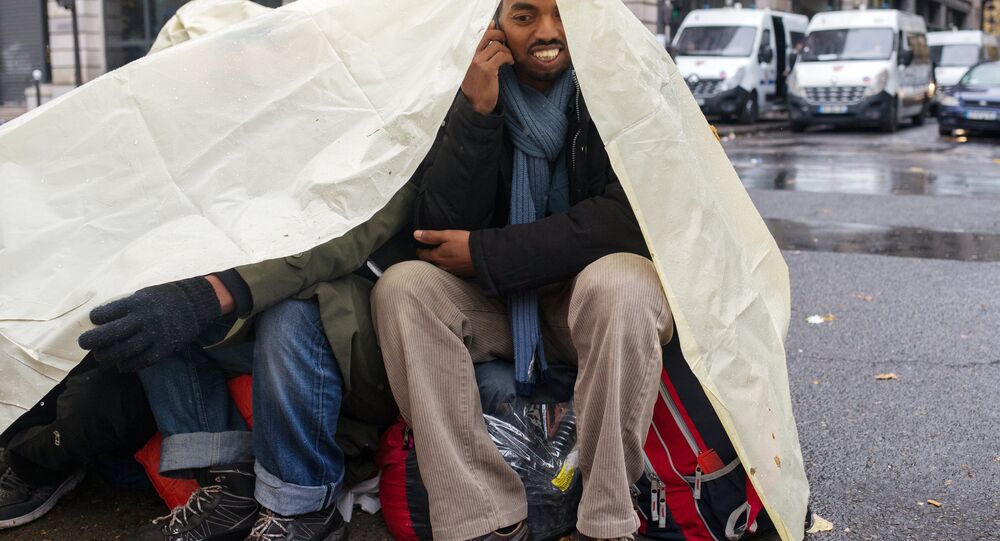 PARIS (Sputnik) - The migrant camps in Paris will be evacuated despite the resistance of city's mayor Anne Hidalgo, and "a real solution" to prevent migrants from coming to the capital should be found, French Interior Minister Gerard Collomb said Friday.

"We will evacuate [migrants], but I do not want people to return. There were already 30 evacuations carried out in Paris, we cannot continue this way," Collomb told BFMTV broadcaster.

The minister said that many migrants kept returning to Saint Martin or Saint-Denis canals and Millenaire makeshift camp despite evacuation.

"We need to ensure that people are controlled, that they do not stay illegally on the French territory … A real solution has to be found, and this requires without a doubt working in partnership with Paris’s city hall in a way to be able to adjust these places in a way that they never return," Collomb said.

© AP Photo / Matt Dunham
Migrants' Solidarity March Leaves Italy's Ventimiglia for France - Reports
Earlier this month, Hidalgo called on the authorities to provide shelter for migrants. In turn, the government has insisted that the mayor ensures the necessary judicial procedures for evacuation.

About 2,400 migrants are spread across the French capital, with their camps near the channels prompting concerns over the sanitary situation. Migrant charities say that people prefer staying at improvised camps rather than going to the reception centers provided by the state because they fear immediate deportation.