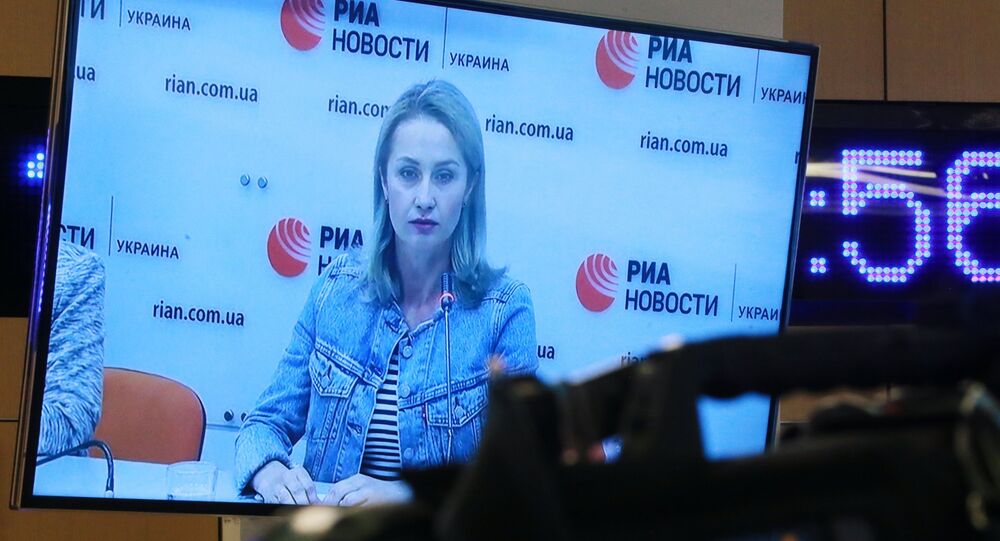 MOSCOW (Sputnik) - Ukrainian law enforcement officers did not use violence against RIA Novosti Ukraine portal head Kirill Vyshinsky during his detention in Kiev, he is confined in good conditions, his wife, Irina Vyshinskaya, said on Friday.

"Five people in plain clothes approached Kirill, took him gently – nobody beat him or bent him down – just put him inside a car … I spoke to Andrei [Vyshinsky's lawyer] today, Kirill is kept now in normal conditions,” Vyshinskaya said during the Moscow-Kiev video link.

Vyshinsky's wife noted however that she could not contact or see her husband, as the journalist was not allowed to even speak with his family by phone.

On Tuesday, the Ukrainian Security Service (SBU) broke into the office of RIA Novosti Ukraine in Kiev. On the same day, Vyshinsky was detained for what Kiev considered as treason.

© REUTERS / Stringer
RIA Novosti Ukraine Head Vyshinsky Arrested for Two Months - Lawyer
Margarita Simonyan, the editor-in-chief of Rossiya Segodnya Information Agency and RT broadcaster made a call on Thursday for participation in an upcoming rally in support of Kirill Vyshinsky.

Kremlin spokesman Dmitry Peskov said on Wednesday that Russia would take reciprocal measures in response to Kiev's actions, but needed more detailed information. Peskov also said the Kremlin strongly condemned use of force against the Russian media in Ukraine and expected a harsh reaction to the Kiev’s hostile actions on the part of international organizations.