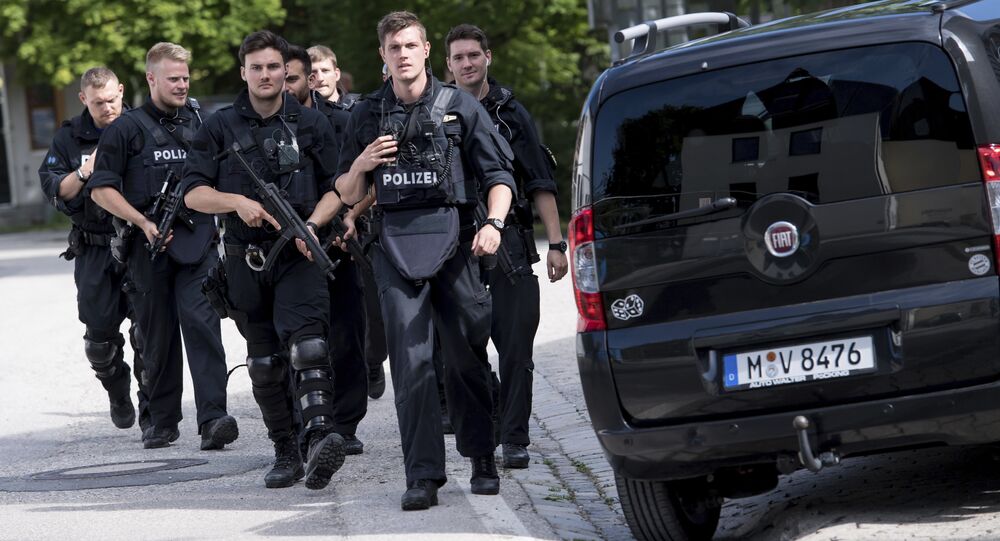 The newly adopted state regulations give local police powers they haven’t had for over 70 years. Those in favor, including the head of Bavaria, insist that the law allows for more security, civil rights and privacy. Opposition parties claim the law to be “unconstitutional” and an “attack on freedom.”

The Bavarian State Parliament has voted for the bill empowering state police with new forces. Several amendments to the Bavarian Police Tasks Bill (PAG) have been passed with 89 votes in favor and 67 against.

The creators of the new bill state one of the major reasons for massive changes is countering terror threats, which are still regarded as being high.  One of the core novelties is replacing the concept of “concrete danger”  with “imminent danger,” which the Bavarian police need to justify monitoring someone, carry out other checks and get approval from a judge. This is supposed to let police act faster and prevent crimes.

READ MORE: After Munich: What Needs to Be Done to Save Europe From Terrorist 'Chaos'

The preventive measures include covert investigations such as monitoring phone calls or online searches. The amendments also extend the application of DNA samples in police work to build a suspect’s profile, including such characteristics as hair, eye color or ethnic origin, although information about heredity or diseases are not allowed to be included in this profile.

“Imminent danger” also will allow police to seize parcels and letters. According to the state government, this is necessary to adapt to the Darknet, used to trade drugs or weapons. The new bill also rules out policemen wearing body cams on their uniforms with a so-called pre-recording option.

The new European Union directives about securing privacy are another reason behind the changes. So, from now on information, obtained through online monitoring will be reviewed by a special body. If it decides privacy and personal information is affected this data won’t be used.

The law has been an apple of discord in Bavaria and drawn the attention of other states in Germany, each of whom regards policing as their own constitutional prerogative. The new legislation has been pushed through by the Christian Social Union (CSU), the Bavarian sister party to Angela Merkel’s Christian Democratic Party.

The CSU, known for its conservative and independent stance on many questions, including tougher migrant policies, now has the majority in the Landtag (State Perliament). Advocating for the bill, Bavarian head of state Markus Söder, representing the CSU, stated, as cited by the Sueddeutsche Zeitung that the police law would "save lives and help people not become victims,"  rejecting the accusation that his party violates the principles of the rule of law with the new legislation. He stressed that all additional police powers will require "judicial review options."

"Preventing crime is the core task of the police," State Interior Minister Joachim Herrmann (CSU) said, defending the law. He insisted that "it is a protection law and not a surveillance law."

The debates around the legislation have been accompanied by mass protests in the Bavarian capital Munich. Activists, who call their movement "noPAG," claim that the law grants police almost unlimited powers and enables them to detain people without trial and intervene even before a crime has been committed. Within the parliament, the bill has faced strong opposition from the Social Democrats (SPD), the left-wing Die Linke and Die Gruene (The Greens).

The Greens parliamentary group leader Katharina Schulze said "The law is unconstitutional." She argues that "We have the lowest crime rate in Bavaria for 30 years. And yet you want to massively restrict the rights of freedom."

Crime in Decline, Terror on Rise

Although the crime rate in Germany has reached its lowest since 1992 according to recent stats revealed by Interior Minister Horst Seehofer, the number of terror attacks has increased in recent years, accompanied by the influx of refugees from Africa and the Middle East.

The Die Welt media outlet reported  five times more terror-related cases were opened in 2017 than in 2016. The Public Prosecutor General opened a total of 1,200 with some 1,000 of them linked to Islamism.

The recent stats show that nearly half of Germans  (44%) feel less secure that just few years ago.