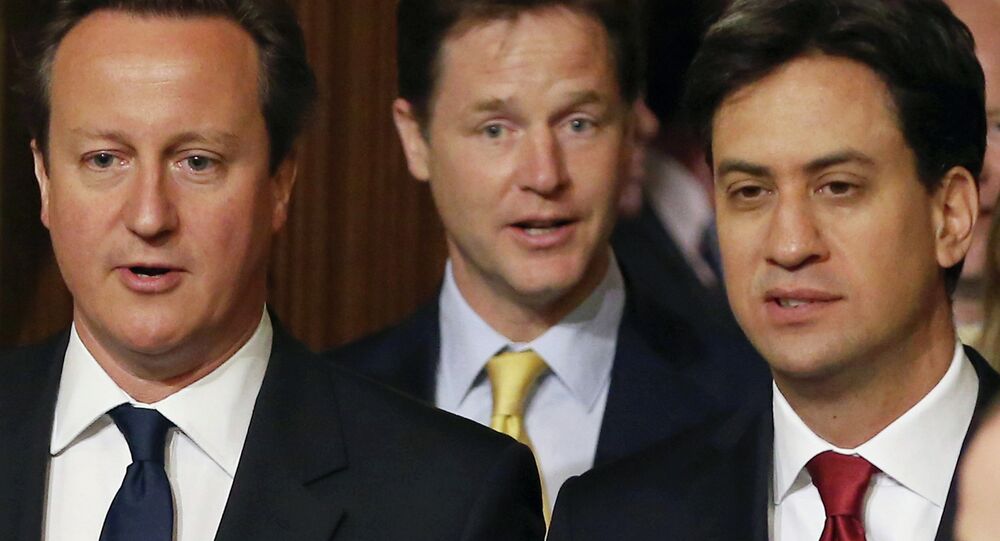 The splintering of the major parties in Britain has become a persistent problem as both the Prime Minister and the Opposition leader have committed themselves to implementing Brexit.

Labour's former shadow foreign secretary Ed Miliband has added his voice to calls from the ex-leader of the Liberal Democrats Nick Clegg and ex-Conservative Secretary of Education Nicky Morgan for members of the British Parliament to frustrate the government's efforts to pass legislation relating to Britain's exit from the European Union.

"Over the coming months, MPs will have the chance to table amendments to Bills — and vote for those amendments — which can prevent the country from suffering the long-term damage that a hard Brexit will cause. The ensuing economic pain will be felt in every part of the country. This is not Project Fear; it is project reality based on the government's own analysis," Mr. Miliband said in a speech on Sunday at the joint event to drum up support for stopping a "Hard Brexit."

The presence of leading figures from the United Kingdom's three most prominent political parties has fuelled continuing speculation over the formation of a possible new centrist political force predicated on stopping Brexit.

Were it to come to fruition, the party would consist primarily of Remain-supporting MPs from the Labour and Liberal Democrat parties as well as a minority of Conservative Remainers who have previously threatened to abandon the party unless "Hard Brexiteers" among the Conservatives were sidelined.

© REUTERS / Dado Ruvic/Illustration
UK Corporate Tax Breaks Draw Fire From EU as 'Hard Brexit' Looms
Recent polling data released by YouGov has however cast doubt on the levels of support among the general public for abandoning the Brexit process altogether. By far the largest proportion of the public, 43 percent, are in favour of pushing ahead with leaving the EU, while only 13 percent responded in favour of ignoring the referendum result and remaining in the bloc.
...
Reddit
Google+
Blogger
Pinterest
StumbleUpon
Telegram
WhatsApp
11