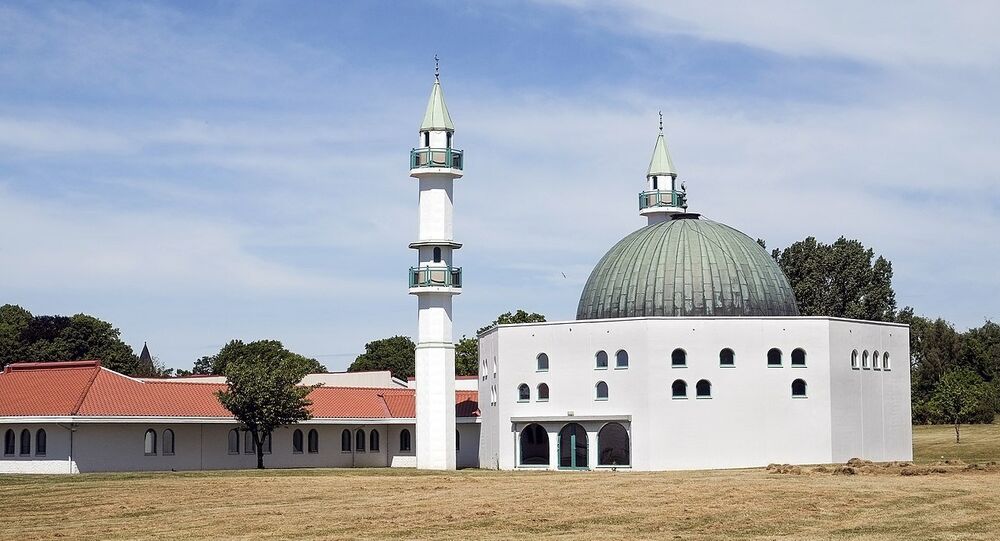 The Swedish town of Växjö has sparked a lot of controversy by granting the local Muslim Foundation permission to run prayer calls at a maximum volume of 110 decibels. By contrast, a local church had to confine itself to a small and "quiet" clock inside the building to be used for a similar purpose.

Saint Michael Church, which belongs to the local Catholic community, previously asked for permission to ring clocks, but, unlike the local Muslim Foundation, received a resonant "no." Today, it is considering applying once again given the circumstances, the local newspaper Smålandsposten reported.

"As I was explained, there is a residential area there, hence the refusal," vicar Ingvar Fogelqvist told the Nyheter Idag news outlet.

Instead, the church was allowed to use a small clock inside the building to announce the beginning of the service. According to Fogelqvist, it "sounds good, but doesn't reach too far."

Last week, the Växjö mosque was allowed to have prayer calls every Friday at a solid volume of 110 decibels, which compares well to a rock concert or a turbo-fan aircraft at takeoff. According to the police, who found that the calls would not disturb the environment and issued an annual permit, the exact content of the message was never taken into consideration, despite previous warnings that the Växjö mosque had been publishing extremist messages on its Facebook page.

At present, the church is considering applying once more to see whether it can achieve another result, as a lot of water has passed under the bridge during the past 10-15 years since the last application.

"We have actually raised this idea, first a bit as a joke, but then more on the serious side," Ingvar Fogelqvist said.

​Inspired by the granted permit, the Växjö Muslim Foundation wants prayer calls to spread to more areas in Sweden.

"We want prayer calls at more places. There are many Muslims who are Swedish citizens and have the same rights as everyone else," the Växjö Muslim Foundation's press officer, Avdi Islami, told the Christian newspaper Dagen.

Islami stressed that the permit may be seen as a victory of the democratic process. At the same time, he ventured that the debate about prayer calls "received too much attention," which he interpreted as a token of many Swedes claiming to be in favor of democracy and diversity, but actually being against religious freedom.

With Växjö's decision as precedent and inspiration, the Confederation of Swedish Conservative and Liberal Students has sought permission to spread its message, dubbed "freedom prayer," in the same way. The confederation intends to spread the message "Freedom is greatest. Lower taxes!" via loudspeakers, pledging not to exceed 110 decibels.

​At present, the exact number of Muslims in Sweden is up for debate due to the absence of religion-based statistics. A 2017 Pew report, however, estimated the proportion of Muslims at 8.1 percent of Sweden's population of 10 million — which is the highest percentage in Scandinavia and one of the highest in the EU.

By contrast, Sweden, a predominantly Lutheran nation, is estimated to be home to about 200,000 Catholics.