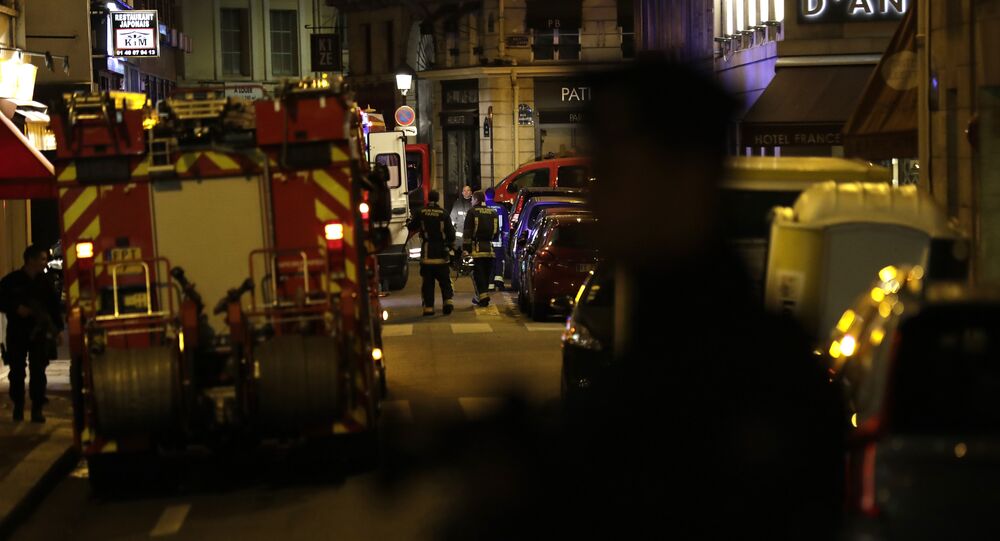 Paris Attacker of Chechen Origin, Was Known as Threat to French Intel - Reports

One person died and four were injured as a result of a stabbing attack in central Paris. The prosecutor’s office on counterterrorism has launched an investigation into the incident.

Europe1 cited its sources as saying that the attacker, which stabbed several people in Paris late on Saturday, was a French citizen born in 1997 in Russia's Chechnya.

According to France Info news portal, his name was Khamzat Azimov and became a French citizen in 2010. The attacker had no documents, however, the police managed to identify the man using his fingerprints.

Later in the day, the media outlet reported that the French police services detained a friend and the parents of the suspect.

RTL radio reported, citing a judicial source, that the parents of the suspect are being held for questioning by the police.

© AFP 2021 / Geoffroy VAN DER HASSELT
French Police Confirm Terror Trail in Deadly Paris Stabbing Attack - Reports
French Interior Minister Gerard Collomb stated, that one victim, a 34-old man, got operated, with other three out of danger. The minister later posted on his Twitter account, that he had convened a staff meeting to discuss the situation with "security and anti-terrorist services" in the wake of the incident.

In the meantime, Europe 1 reported, that the attacker was known to the French special services as a terrorist supporter.

Previously, French police reported, that a young man attacked people in the center of Paris, leaving 1 dead and four injured. The prosecutor's office revealed that he was screaming "Allahu Akbar" during the incident.

The suspect was later reportedly shot dead by police. While his motives are expected to be fully determined and confirmed by police, the prosecutor’s office on counterterrorism has launched an investigation into the attack.

Last November French President Emmanuel Macron signed an anti-terror law in order to replace a state of emergency, imposed after terror attacks in Paris in November 2015 that killed 139 people. The law led to a heated discussion in the parliament, while the UN experts criticized it for "vague wording."

According to French media, jihadist attacks have killed over 245 people in France over the past three years.