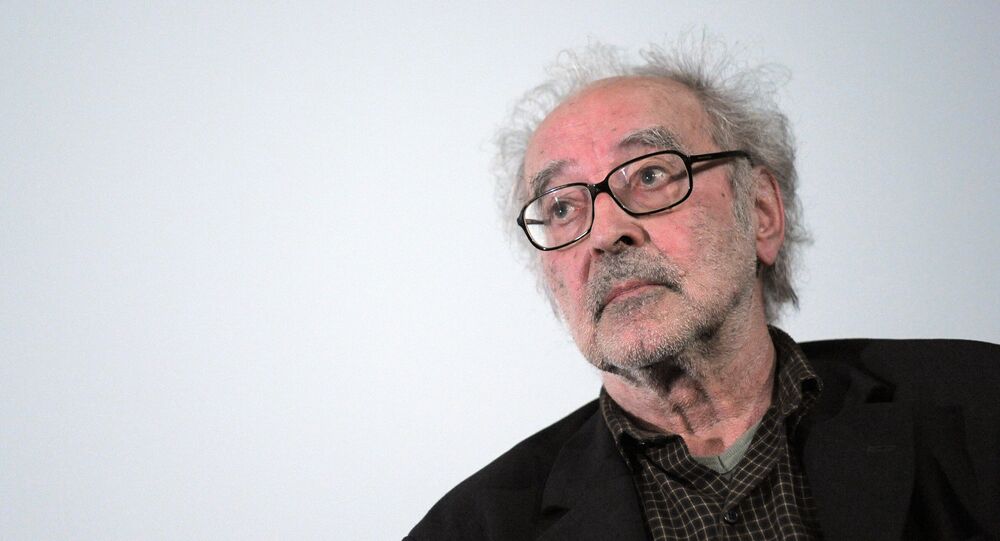 CANNES (Sputnik) - Legendary French-Swiss filmmaker Jean-Luc Godard urged for kindness toward Russia at his Saturday press conference, carried out via FaceTime held up for reporters to see at the Palais des Festivals in Cannes.

"There is something in Russia that I find really touching. We have to be kinder to Russia. Dostoevsky says that we should not ask for a lot from a soul, but be kind and merciful to it. And I will always treat Russia like that," the director said.

"Russia is the country that experienced two global revolutions. I cannot speak for contemporary Russia and [Russian President Vladimir] Putin because I do not know him, and I am interested in other things," Godard said when asked about the country.

© AP Photo / Thibault Camus
Russian Director Zvyagintsev to Be on 2018 Cannes Film Festival Jury
The director noted that he had argued in his 2014 film Goodbye to Language that many had tried to label Russia as being either in Europe or in Asia, but the day the distinction is made for good, Russia would stop existing.

The Cannes Festival began on Tuesday. Russia is represented by two films, Summer by Kirill Serebrennikov and Ayka by Sergey Dvortsevoy.