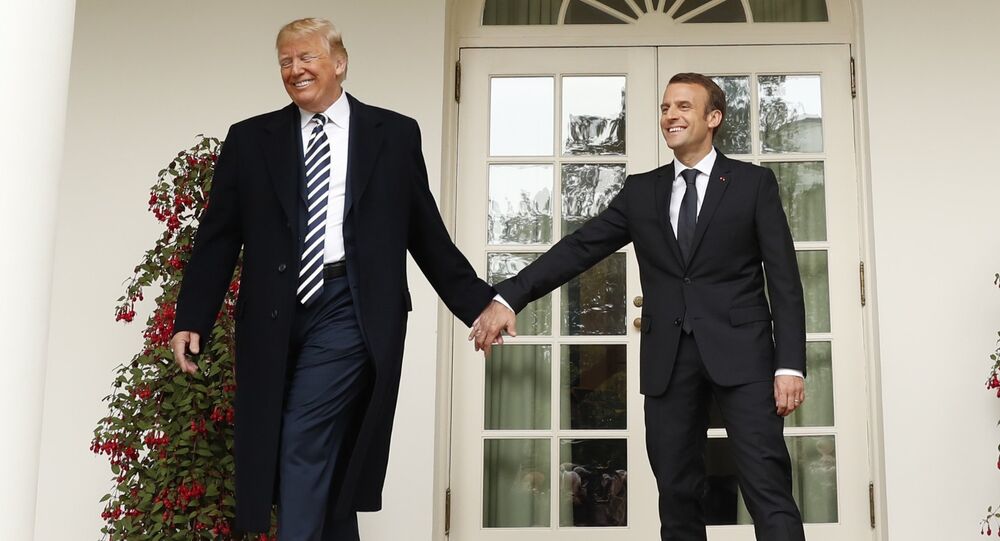 President Trump’s decision to walk out of the 2015 nuclear agreement with Tehran has prompted condemnation by other P5+1 members, including the EU, Russia and China.

France’s National Front head Marine Le Pen believes that  President Emmanuel Macron bears his share of responsibility” for the “illusions” he had about his ability to talk President Trump out of withdrawing from the nuclear deal with Tehran.

“I resolutely condemn the position of Donald Trump and also that of the French diplomacy which, in its attempts to be even more neo-Conservative than (US national security adviser] John Bolton, has found itself without US patronage and no alternative way to go,” Le Pen said in a statement released on Friday.

Le Pen believes that the misguided French foreign policy with regard to the United States is “putting French citizens at risk and is depriving the French economy of very lucrative markets.”

“France needs real world politics and rid itself of the neo-Conservative ideology, which has led to such destructive consequences [in the Middle and Near East] and finally to start defending the interests of France,” she emphasized.

“Secondly, we should establish the post of a defense commissioner [in relations with Iran] and thirdly, we need to work out and implement a mechanism of bank payments that would help us resist the US diktat and protect bilateral exchanges  [with Iran]," Le Pen added.

She described the US pullout from the nuclear agreement with Iran as a threat to global peace and warned that, faced with renewed pressure,

Tehran could refuse to abide by the terms of the 2015 accord and resume its military nuclear program.

She added that in line with the sanctions it imposed on Iran in 2012, the US will have “an entire arsenal of means to prevent [foreign companies] from maintaining any trade relations with Tehran.”

“Such diktat is impermissible and can’t be tolerated.” Le Pen emphasized.

On May 8, President Donald Trump said that the United States was withdrawing from the Joint Comprehensive Plan of Action (JCPOA), which requires Tehran to maintain a peaceful nuclear program in exchange for sanctions relief. Trump promised to reinstate previous sanctions and add new ones.

Simultaneously, he said that Washington was prepared to sign an amended nuclear deal with Tehran.

Russia’s Foreign Minister Sergei Lavrov described the US withdrawal as a violation of a pertinent resolution by the UN Security Council and reiterated Moscow’s firm resolve to keep the JCPOA in place.