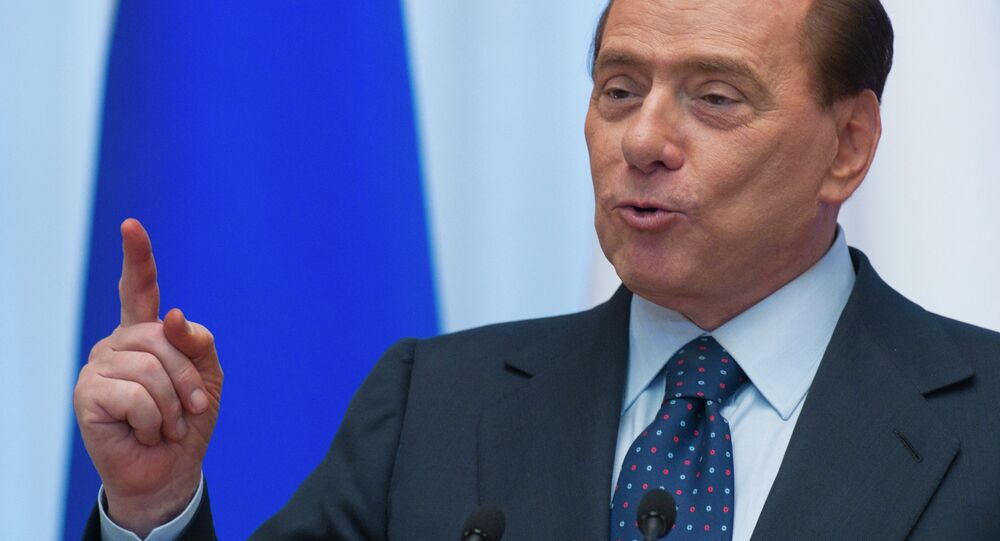 ROME (Sputnik) - A court in Italy ruled Saturday to lift a ban on former Prime Minister Silvio Berlusconi holding public office after he was sentenced in 2013 to a four-year prison term for tax fraud, local media said.

The Corriere della Sera newspaper reported that the Milan court had overturned a previous decision by Italy’s supreme court banning the 81-year old politician from running for office for six years.

The newspaper previously mentioned that the ex-prime minister submitted a relevant appeal to the court last March, adding that Berlusconi reportedly planned to overturn the ban in the European Court of Human Rights.

Back in 2013, Berlusconi was sentenced to four years in prison on tax-fraud charges, three of which were automatically pardoned and the rest 12 months were replaced by social community work due to the senior age of the politician. The tax-fraud conviction, however, led to the Senate barring him from public office for six years.

© REUTERS / Alessandro Bianchi
Italian President Calls on Political Parties to Support Interim 'Neutral Gov't'
Italy has been without a government since an inconclusive election in March, as neither party or alliance secured an absolute majority in the parliament. The populist Five Star Movement and the right-wing League have been struggling to form a coalition government, prompting President Sergio Mattarella to give them until Sunday to resolve their differences after warning there could be a snap election. In his turn, Berlusconi, who leads right-wing Forza Italia party, said earlier he would form a "constructive opposition" to a possible Five Star-League coalition.
...
Reddit
Google+
Blogger
Pinterest
StumbleUpon
Telegram
WhatsApp
74

'Di Maio Going to Bed With Berlusconi?' Not Going to Happen - Academic