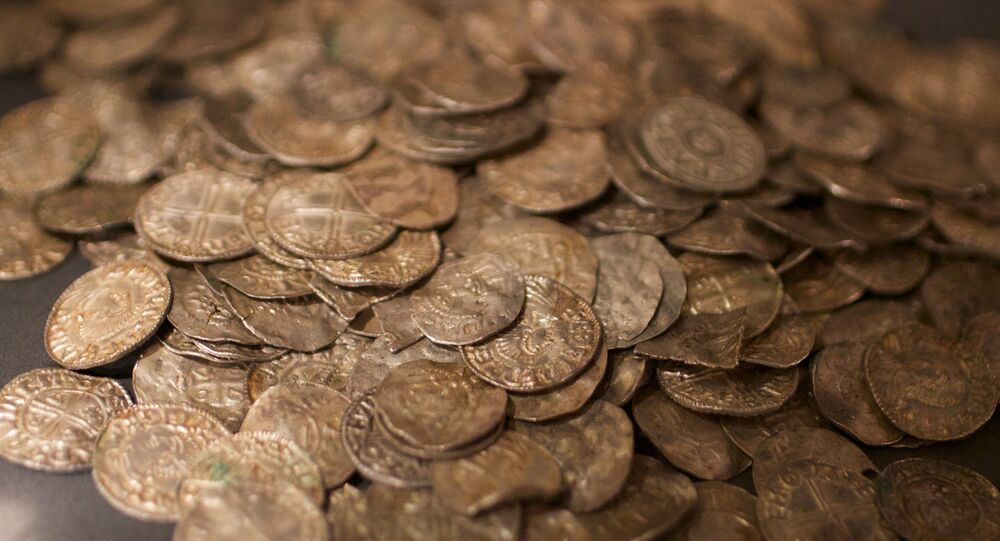 Two amateur archeologists and "Viking" series aficionados have stumbled upon a real Viking cache only weeks after taking up the hobby. Their joy, however, soon abated as they were reported to the police for violating cultural heritage laws.

Armed with metal detectors, Norwegians Ole Johan Fuglerud and Joakim Gulbæk dug up a set of Viking coins, a bowl and a necklace in the vicinity of the hamlet of Hole, where similar findings have been unearthed. The artifacts were handed over to the municipality earlier this week.

By their own admission, the decision by the Buskerud municipality to report the two childhood friends to the police for violating cultural heritage regulations, left them puzzled.

"I tried to do everything the right way. We stopped at once when we realized it could be an important historical discovery," a dismayed Ole Johan Fuglerud told national broadcaster NRK.

According to Paragraph 3 of the Norwegian Cultural Heritage Law, no procedures that could potentially damage the finding should ever be initiated. According to the county authorities, this is exactly what the two accomplished by digging up the coins, washing them and bringing them home.

"When one comes across this type of cultural heritage, one should refrain from doing anything. One should put down the spade and the metal detector and immediately alert the municipality. This was not the case here," county conservationist Turid Kolstadløkken told NRK.

According to Kolstadløkken, such discoveries are often the only source of knowledge about certain historical eras. Kolstadløkken stressed that apart from the objects themselves, the soil and the organic material may be of paramount importance as well.

Historian Kim Hjardar, who has authored several books on Vikings, found the cache very exciting. Hjardar ventured that the coins were "quite valuable" and could be an "important contribution" to the understanding of Viking culture. According to Hjardar, these are possibly Frankish coins that reached Scandinavia trough the town of Doorstad in present day Netherlands, then a major trading center for Scandinavian goods, NRK reported.

The two friends have admitted they're "hooked" on the TV series "Vikings," which spurred them into trying their luck around Hole, an area renowned for historical findings. The amateur archeologists argued in their defense that they simply could not leave the eight coins and the other objects lying on the ground.

"I could not just leave it there. I left the earth back over the hole, so that there no light or air could penetrate," Gulbæk said. While admitting that he and his buddy lacked archaeological expertise, he stressed that he didn't believe anything historic had been lost.

Ole Johan Fuglerud started pursuing this hobby only several weeks before stumbling upon the Viking cache. The amateut archaelogist has admitted he will not be put off by the police report.

"Of course, I'll learn from this," Fuglerud said, adding that he was prepared to face the consequences.