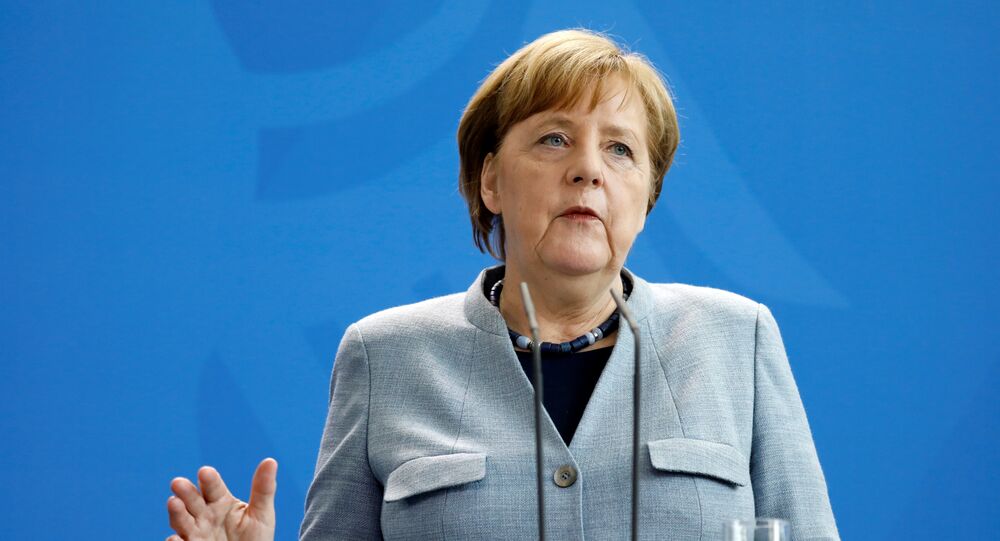 Merkel: Europe Can No Longer Rely on US 'to Protect It'

As European countries failed to prevent Donald Trump from pulling Washington out of the Joint Comprehensive Plan of Action (JCPOA), the tension between Iran and the US escalates.

"It is no longer such that the United States simply protects us, but Europe must take its destiny in its own hands, that's the task of the future," Chancellor Angela Merkel said Thursday after US President Donald Trump announced his withdrawal from the Iranian nuclear deal.

Merkel's point of view on the issue echoes the earlier statement of the President of the European Commission Jean-Claude Juncker, who noted on  Thursday that Washington "had lost vigor, and because of it, in the long term, influence," suggesting that Europe should take over the US' role as global leader.

Commenting on the issue, French President Emmanuel Macron said on his Twitter account, that France, Germany, and the UK "regretted the US decision to leave the JCPOA", warning that the nuclear non-proliferation regime is at stake.

© AP Photo / Ebrahim Noroozi
EU Should Resist US Pressure Over Iran Nuclear Deal - Analysts
Meanwhile, High Representative of the EU for Foreign Affairs and Security Policy Federica Mogherini stressed that the bloc reserved the right to act in its security interests, calling on the international community to preserve the JCPOA.

Donald Trump announced on Tuesday, that US was withdrawing from the JCPOA, which is also known as the Iran nuclear deal, causing a major backlash among the European allies of the US. He also promised to re-impose the highest level of economic sanctions against Tehran in response to the development of the nuclear program.