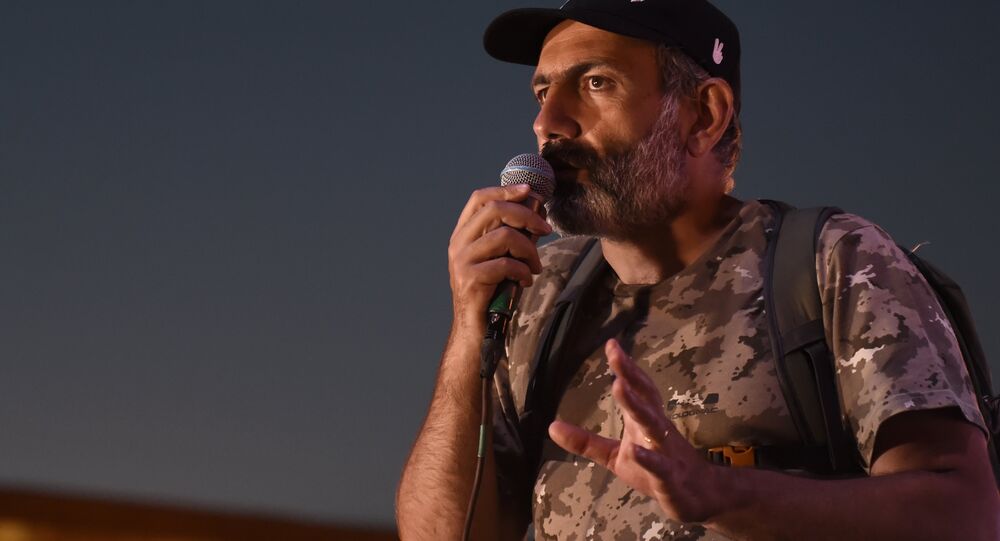 YEREVAN (Sputnik) - Candidate for the post of Armenia's prime minister and opposition leader Nikol Pashinyan said Tuesday he is ready to hold talks with Azerbaijan's leadership on the settlement of the Nagorno-Karabakh conflict.

"I am ready to hold talks with the leadership of Azerbaijan around the settlement of the Karabakh conflict. At the same time I want to note that the talks can't be effective if one of the parties to the conflict does not participate in them [Nagorno-Karabakh]," Pashinyan said at a parliament meeting.

"Allied strategic relations with Russia will remain our priority. Our relations should be based on the foundations of friendship, equality, willingness to resolve issues. Military cooperation with Russia is an important factor of ensuring Armenia's security," Pashinyan said.

On May 1, the Armenian parliament failed to elect a new prime minister, with the only candidate, Pashinyan, receiving 45 votes out of the required 53, which led to the resuming of protests.

The political crisis in Armenia broke out in April after ex-President Serzh Sargsyan was nominated as prime minister. This was largely regarded as a way for Sargsyan, who previously served as president for two terms, to stay in power. Soon afterward, Sargsyan resigned amid large-scale anti-government protests.