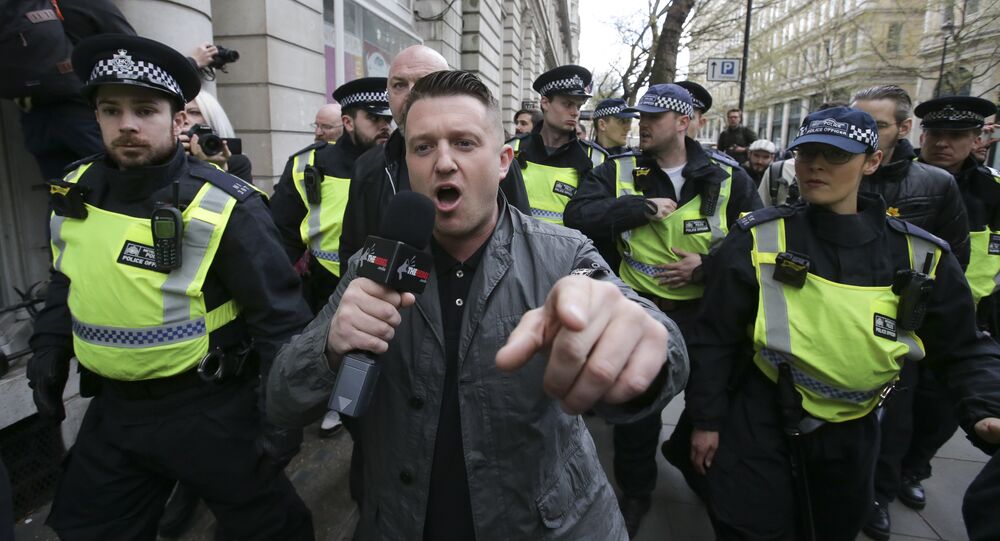 Some right-wing speakers, including the former leader of the English Defence League Tommy Robinson and Trump-supporter Milo Yiannopoulos, attended the 'Day for Freedom' rally in Whitehall today.

Thousands of people have registered to participate in the event, vowed by Robinson to become "the biggest free speech demonstration the UK".

"We decided to focus our efforts on making sure we pull off a large scale, credible event. So we won't be marching — instead we have an incredible line-up of speakers, performers, videos and content to offer on the day," he stated.

At the same time, counter-protests are taking place in the same location: the Anti-Fascist Student Network (AFSN) urged their supporters to take the streets to oppose Robinson's rally:

"On Sunday, thousands of far-right anti-Muslim bigots will be marching through central London, anti-fascists from across the country need to take to the streets to oppose them…Since forming the EDL back in 2009, Robinson has been stirring up hatred against Muslims…Robinson may be trying to reinvent himself as a journalist, but he's still pushing the same hatred."