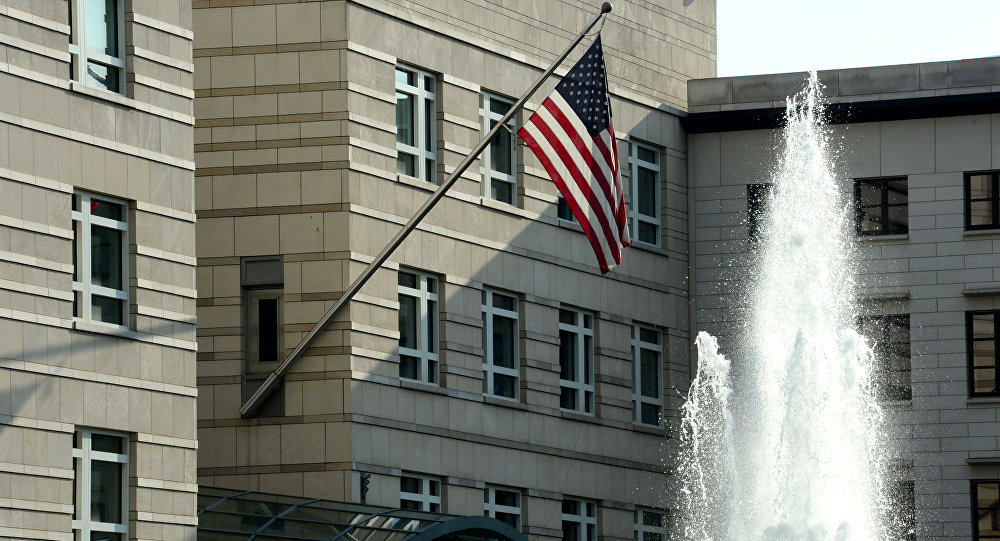 The call by the ambassador comes amid ongoing discussions of the Iran nuclear deal between the US, who wants to either change or to scrap it, and European countries, who want to continue their business with Tehran.

Richard Grenell, the newly appointed US Ambassador to Germany, has called on all German companies to stop trade with Iran during an interview on Fox News. He justified the move explaining that it would "not be right" to have any business with a state that "sponsors terrorism."

"They spend billions of dollars to spread terrorism around the world. Why would a country want to do business with them? So I think it is going to be incumbent on me to explain to German businesses that they do not want to do business inside of Iran," he said.

Trade between Germany and Iran has been on the rise since the Iran nuclear deal was reached, with German exports reaching 3.5 billion euros in 2017.

US President Donald Trump has announced that he believes that the Iran nuclear deal is "flawed" and demanded to "fix" it, threatening to withdraw from the agreement otherwise. European countries, on the other hand, are eager to keep the deal, although some of them, like France, agreed that the deal might need to be changed.

READ MORE: From Money Loss to New Conflicts: What May Happen if Trump Rips Iran Deal Up

German Chancellor Angela Merkel has admitted that the Iran deal is imperfect, but noted that it was an important first step. Russia and Iran have stated firmly the position that the nuclear deal must be maintained and that all parties to it must adhere to the deal's provisions.

European Union and the P5+1 group of countries — Russia, the US, France, China and the UK plus Germany — signed the JCPOA with Iran (also known as Iran nuclear deal) on July 14, 2015. The deal designates a gradual lifting of anti-Tehran sanctions in exchange for the Islamic Republic conserving the peaceful nature of its nuclear program and allowing IAEA inspections at its nuclear objects.

Iran: Deal or No Deal?