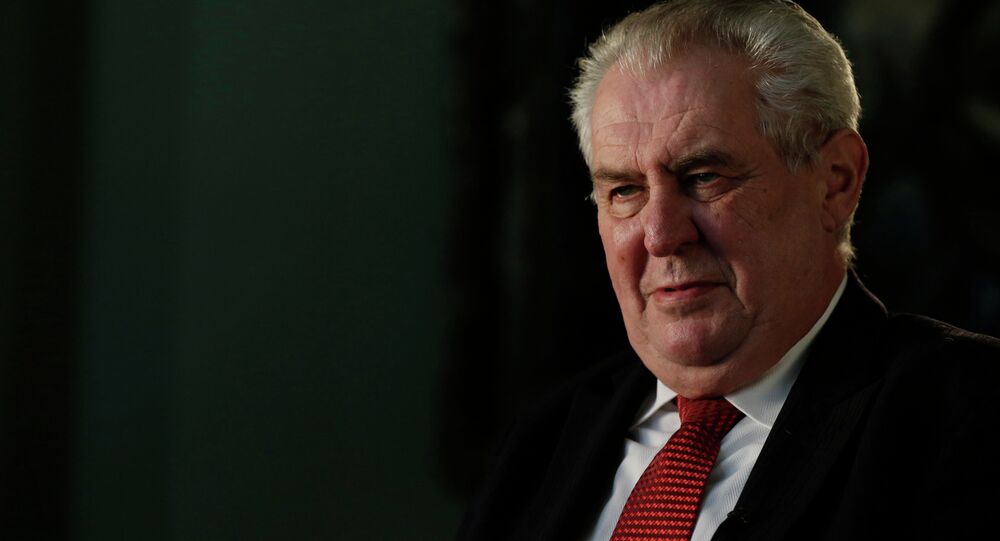 Czech Republic president Miloš Zeman said in an interview that his country had produced in small quantities and then destroyed an A230 nerve agent, which the Czech military intelligence service called "Novichok".

Czech Republic had produced and tested an A230 nerve agent which, according to the Czech military intelligence, graded as the so-called "Novichok", the republic's president Miloš Zeman said in an interview to a TV Barrandov broadcaster.

In March, former Russian intelligence colonel Sergey Skripal and his daughter were found unconscious on a bench near a shopping mall in the UK city of Salisbury. The incident triggered a diplomatic row. The UK authorities were quick to blame Russia for attempting to assassinate the Skripals with the A234 nerve agent, one of the group of compounds referred to as "Novichok". Moscow refuted all allegations, pointing at the complete lack of evidence.

© REUTERS / Hannah McKay
Moscow Dissatisfied With UK Answers to Skripal Case Questions – Mission to OPCW
Zeman said that an A230 nerve agent was produced in small quantities and tested by the Czech defense research institute in Brno in November 2017, quoting the reports by the domestic intelligence service and military intelligence. The president also said that the substance was destroyed shortly after.