LONDON (Sputnik) - UK authorities will continue an investigation into activities of the Cambridge Analytica consultancy firm despite the fact that the company announced the beginning of the bankruptcy procedure, a spokeswoman for the Information Commissioner's Office (ICO) said Thursday.

On Wednesday, the firm and its parent company SCL Elections announced that they would close their offices and declare bankruptcy in the United Kingdom and the United States following a scandal over the misuse of Facebook data.

"We will be examining closely the details of the announcements of the winding down of Cambridge Analytica and the status of its parent company. The ICO will continue its civil and criminal investigations and will seek to pursue individuals and directors as appropriate and necessary even where companies may no longer be operating," the spokeswoman said as quoted by the Sky News broadcaster.

The spokeswoman added that the office would monitor the activities of "any successor companies" in order to ensure the protection of people's information.

At the same time, Chair of the Digital, Culture, Media and Sport Select Committee Damian Collins said, commenting on the issue, that the investigation into the work of Cambridge Analytica and SCL Elections was "vital," stressing that the two companies "cannot be allowed to delete their data history by closing." 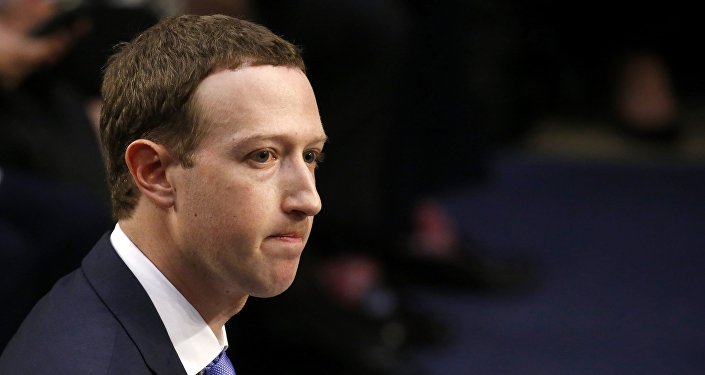 © REUTERS / Leah Millis
UK Parl't Invites Zuckerberg to Give Evidence on Cambridge Analytica Case – MP
First reports about the misuse of Facebook data emerged in March. Facebook has acknowledged that Cambridge Analytica harvested the personal information of up to 87 million users of the social media site without the permission from the users. The firm gathered the information from social media accounts to develop a mechanism that would predict and influence the behavior of voters. Facebook CEO Mark Zuckerberg apologized to the users and promised to improve the security situation, however, he later admitted that it might take several years to fix the network's privacy issues.
...
Reddit
Google+
Blogger
Pinterest
StumbleUpon
Telegram
WhatsApp
0 0