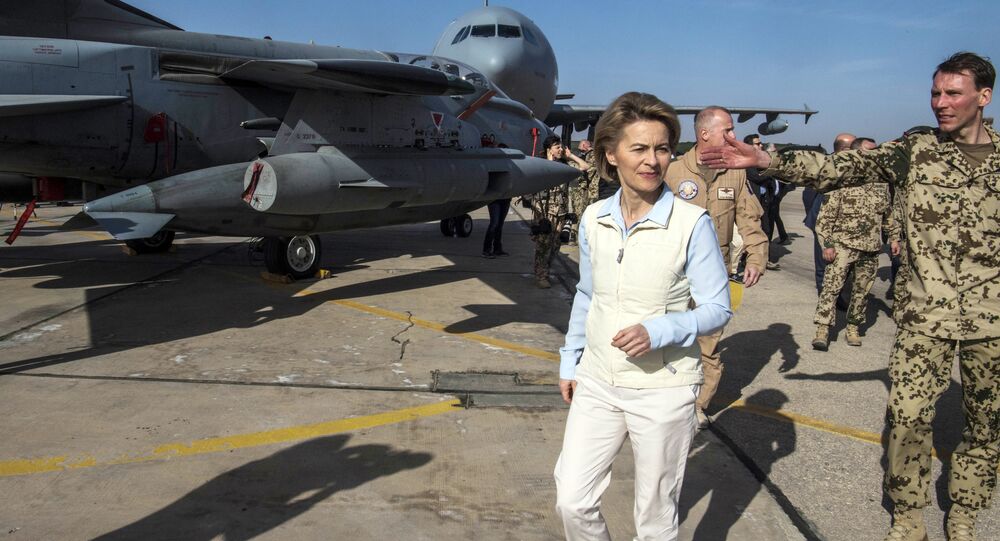 The poor state of the Bundeswehr, Germany’s armed forces, recently came to light, prompting a barrage of criticism towards German Defense Minister Ursula von der Leyen, with the Alternative for Germany (AfD) party proving to be her most vocal critic.

Deputy AfD Federal spokesperson Georg Pazderski once again slammed Minister von der Leyen’s policies on Tuesday, and accused the federal government of attempting to hide the ministry’s failures from the public, according to an official party press release.

“So that the failed defense policy of the federal government was not immediately obvious, the numbers were classified as 'secret'," the party spokesperson said on May 2.

He went on to mention the poor state of other branches of the Bundeswehr and called for Minister von der Leyen to resign, or be deposed.

"Recently we reported about a submarine commander without a submarine fleet. The problems do not stop. When will Mrs. von der Leyen, who is obviously completely unfit to lead our Bundeswehr and fulfill tasks in NATO, finally be deposed?” Mr. Pazderski questioned.

Last month, the spokesman described the defense minister’s priorities for the German military as “wrong” and insisted that she was wasting scarce resources and funding on unimportant endeavors.