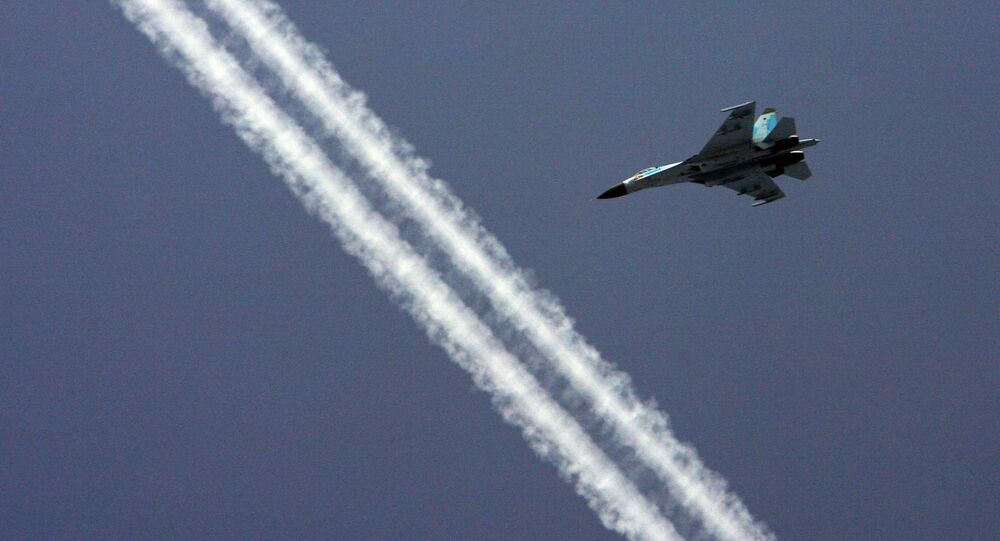 A Russian Su-27 fighter jet has intercepted a US navy airplane in the Baltic Sea, according to media reports.

The US Navy said the Russian jet's action was "unprofessional," but "safe", Fox News reported.

The Russian jet came within about 20 feet of the US Navy aircraft, but the American pilots told officials that they had not felt threatened or unsafe.

Tensions between the US and Russia had intensified when the country's foreign minister claimed that the US was trying to divide Syria.

Sergey Lavrov said the recent US-led missile strikes on Syria "seriously aggravated the situation," stating that statements supporting the territorial integrity of Syria "are only words that, apparently, cover plans for reformatting the Middle East and plans for dividing Syria into parts."

READ MORE: Recent Events in Syria Have Demonstrated That Not Everyone Wants Peace — Lavrov

Earlier, the US, Franc, and the UK have carried out coordinated airstrikes against Syria in response to the alleged use of chemical weapons by government forces in the city of Douma in Eastern Ghouta. According to the Russian Defense Ministry, Syrian air defense systems managed to intercept 71 out of the 103 missiles, fired by the trilateral alliance. The Ministry's spokesman said that the Syrian army had used Russian-made air defense systems such as S-125, S-200, as well as Buk and Kvadrat units to repel the missile strike.