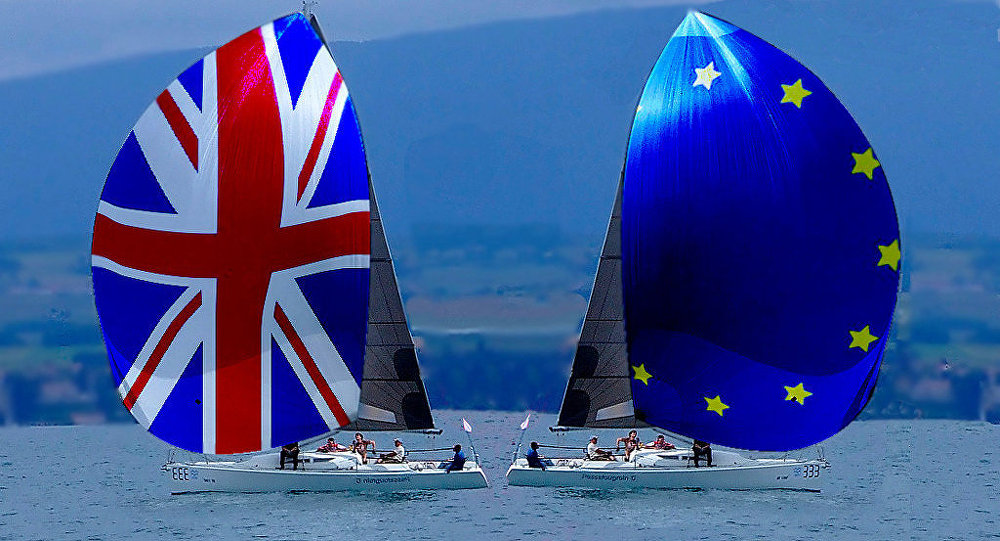 LONDON (Sputnik) - The UK House of Lords on Monday voted in favor of an amendment to the EU Withdrawal Bill, which stipulates parliamentary approval of the outcome of negotiations between the United Kingdom and the European Union on the country’s pullout from the bloc.

The amendment was approved by 335 votes, while 244 lawmakers voted against it. Under the amendment, the parliament may actually be able to preserve the UK membership in the bloc if the final agreement between London and Brussels is not reached, or if it is disapproved by lawmakers. However, the amendment still has to be returned to the lower house, the House of Commons, where it may be overturned.

© AP Photo / EMMANUEL DUNAND
EU's Barnier Says Brexit is a Lose-Lose Situation
The latest vote follows a defeat that the UK government suffered after the House of Lords voted last week to keep the EU Charter of Fundamental Rights in effect after the country's withdrawal from the bloc despite the plans of UK Prime Minister Theresa May to abandon the charter. Earlier in April, the upper house also voted in favor of staying in the customs union following the withdrawal from the 28-nation bloc, while, in February, May stated that a new comprehensive customs union with Brussels would betray the vote of the UK people.

On June 23, 2016, the United Kingdom voted in a referendum to leave the European Union. Last March, May officially invoked Article 50 of the Lisbon Treaty, launching the process of the country's withdrawal from the bloc. Brexit negotiations between London and the European Union started in June and are due to be completed by the end of March 2019.