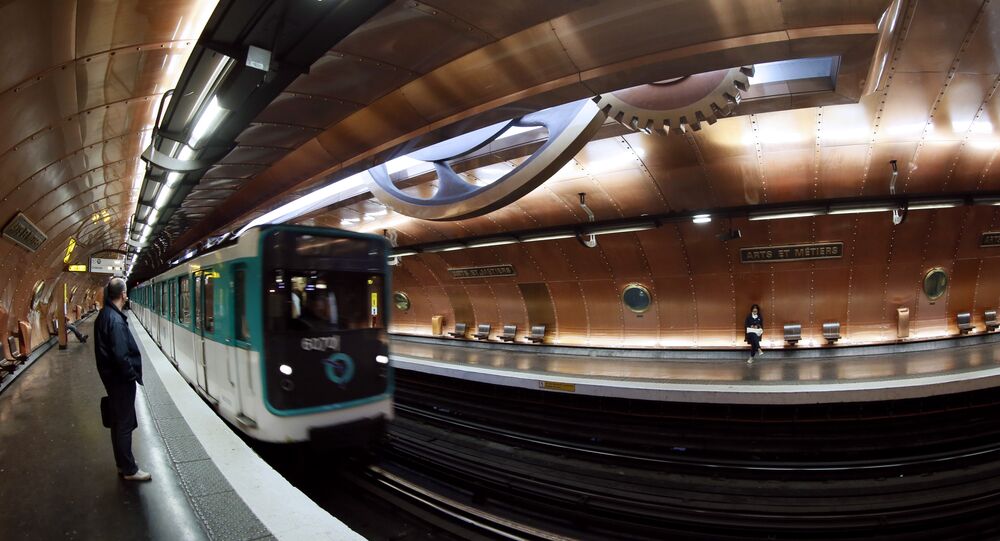 France’s gendarmerie police force has found itself amid a sex scandal, as one of its servicemen faces charges of indecent public exposure.

​In France, 87 percent of transport users say they have already been sexually harassed, assaulted or become exposed to sexiest behavior.
"Never underestimate the threat of sexual harassment, reported by victims or witnesses, spread the alert."

At the end of 2017 it was revealed that more than a quarter million people had experienced sexual harassment on French public transport over two years. Eighty-five percent of the victims of sexual abuse were women.

According to the stats by France's official crime data agency ONDRP, nearly half of them (44 percent) experienced several such acts.
Le Figaro, citing the study, stated that about 160,000 people suffered from unwanted gestures including forced kisses or stroking, while more than 110,000 experienced someone exposing themselves.

At the same time, more than 160,000 people had been subjected to sexual touching and even rape attempts.

In 2017 French women followed the #MeToo movement, launched after reports about predatory sexual behavior by Hollywood producer Harvey Weinstein, with their own campaign "Squeal on the Pig" (#BalanceTonPorc). French speaking Twitter users shared their stories of harassment under this hashtag.

At the end of last year it was also reported that allegations of sexual violence had soared. Just in October 2017 the number of people reporting cases of sexual violence rose to 1,577, a 30 percent year-on-year increase. In response to the rise, French authorities even considered deploying an online tool for people to report sexual assaults.

Nicole Belloubet, the French justice minister, insisted that the country's legal system was equipped to deal with the extra workload.

"The victim is at home, she might be able to lodge a 'pre-complaint' online without going to the police station … that will then be followed up," said Ms. Belloubet.