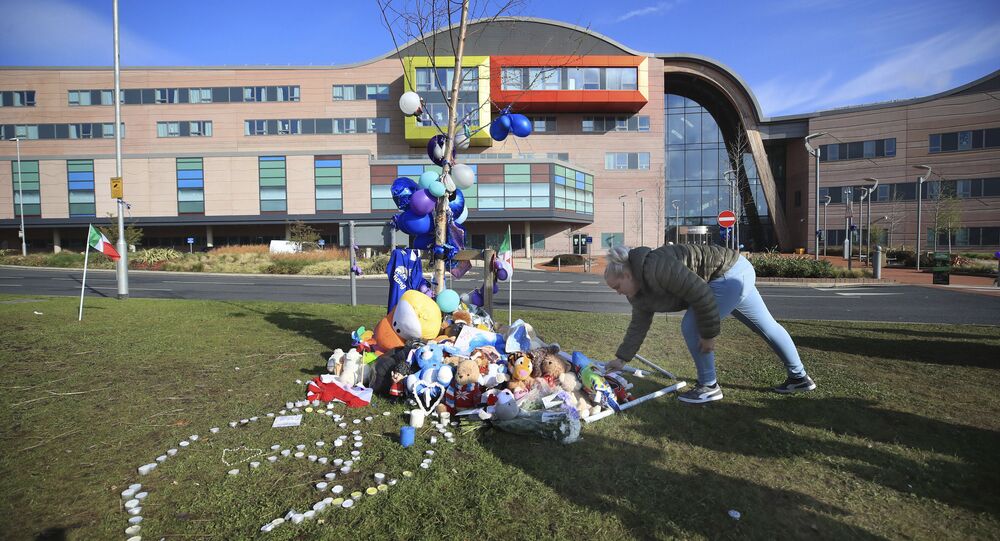 The case of an ill baby, Alfie Evans, who was treated in Liverpool, has drawn the attention of the whole world, with Pope Francis taking the boy to the Vatican's hospital for further medical support. However, British doctors convinced judges that additional therapies are futile.

On Saturday morning, Alfie's parents said via social media that their son had passed away after doctors withdrew his life support on Monday.

"I love my guy," the boy's father, Thomas Evans, wrote on Facebook.

© Photo : Telegram / Следком
Toddler Follows Her Sixth Sense and Miraculously Rescues Mom from Snow Avalanche (VIDEO)
The 23-month-old toddler was at the center of a protracted legal battle over his treatment. The boy was treated for a degenerative brain disease and was in a coma connected to a life support system in Liverpool's Alder Hey Hospital for more than a year. British doctors believed that it was impossible to save him, whereas a children's hospital in Italy agreed to further treat the toddler.

Several courts, including the Court of Appeals of Great Britain, ruled that Alfie Evans could not be transferred to the Italian hospital to continue treatment, since scans of his brain had shown that almost all of it had been damaged and thus additional treatments would have not produced any results, according to the doctors.

Social media users took to Twitter to express their condolences to boy's parents and thank doctors for the work they had done, fighting for Alfie's life.

RIP Alfie 💙💜. You were a little fighter you are with the angels 👼 now. My Thoughts and prayers are with Tom and Kate RIP little man 💜💙💜💙💜💙💜💙💜💙

RIP Alfie Evans.
My deepest condolences to his parents, who fought so hard for their brave little boy. pic.twitter.com/pKfup3J7bX

Some users, however, blamed the doctors for not allowing the toddler to be transferred to the Italy's hospital; though, according to medical examinations, he could not get better.

#AlfieEvan has now been breathing for 15 hours since being taken off life support.

Italy offered to give Alfie help

This is state execution. pic.twitter.com/ZlkhfRc4FR

Toddler Selflessly Snacks with Three of Her Closest Buds

‘Milk?!’: Toddler Rummages Through Bras in Search of Sustenance