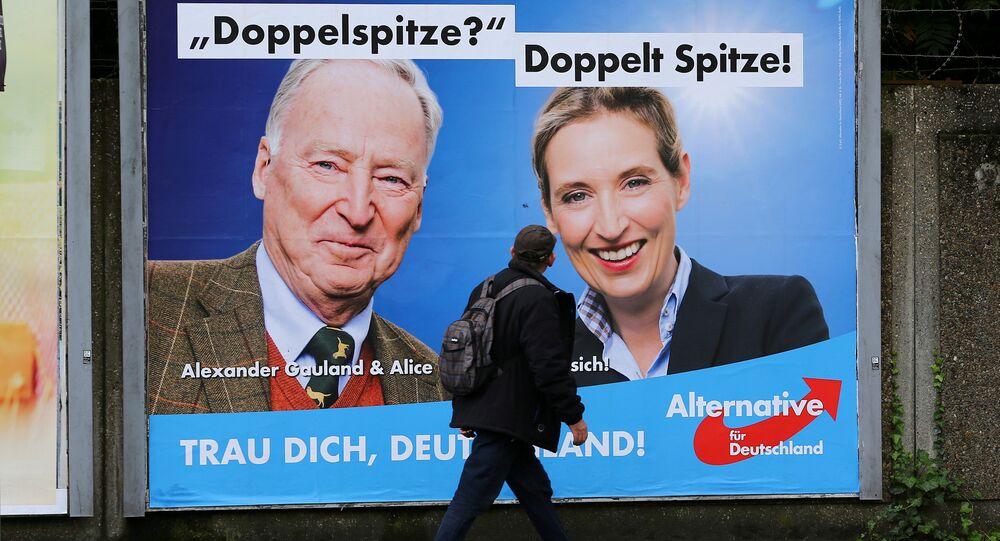 AfD politician and member of the Bundestag, Kay Gottschalk, lambasted Berlin’s economic policy, especially taxation, on Friday, in light of a report which ranked Germany as one of the highest leviers of income tax in the Organization for Economic Cooperation and Development (OECD) on single-earners.

Data in the report revealed that single-earners in Germany pay an income tax rate of 39.5 percent, 14 percent above the OECD average of 25.5 percent.

The AfD official, who also serves as a member of the party’s finance committee, called on the German government to reduce the rate of tax levied on workers on low incomes, arguing that high rates encourage them not to work and claim welfare benefits instead.

“Low wage earners in particular must finally be relieved of the high social contributions, otherwise it is not worthwhile to work anymore and it is better to use the social hammock. After all, it's not just the high tax burdens, but also horrendous electricity prices, expensive gasoline and ever-increasing rents,” Mr. Gottschalk said on April 27 according to an AfD press release, blaming exorbitant tax rates and higher costs for the worsening standard of living in Germany.

He went on to say that high-earners who aren’t married and don’t have children are considering leaving the country due to the high state tax burden, and claimed workers in Scandinavian economies pay a lower rate of tax.

“Even with a comparable social system, the Scandinavians are not able to make their workers bleed as Germany does,” he added.

© REUTERS / Axel Schmidt
Millions of Germans in Poverty While Islamists are Paid Thousands of Euros – AfD
The AfD has gained considerable support throughout Germany, performing well in last year’s federal elections, largely as a result of its pledge to correct the failings of Chancellor Merkel’s open-door migrant policy.

They're looking to attract further support via their other policies, as they look to challenge the ruling coalition in the future.

Berlin to Accept Refugees Even After Latest 10,000 'Exception' - AfD Co-Chair