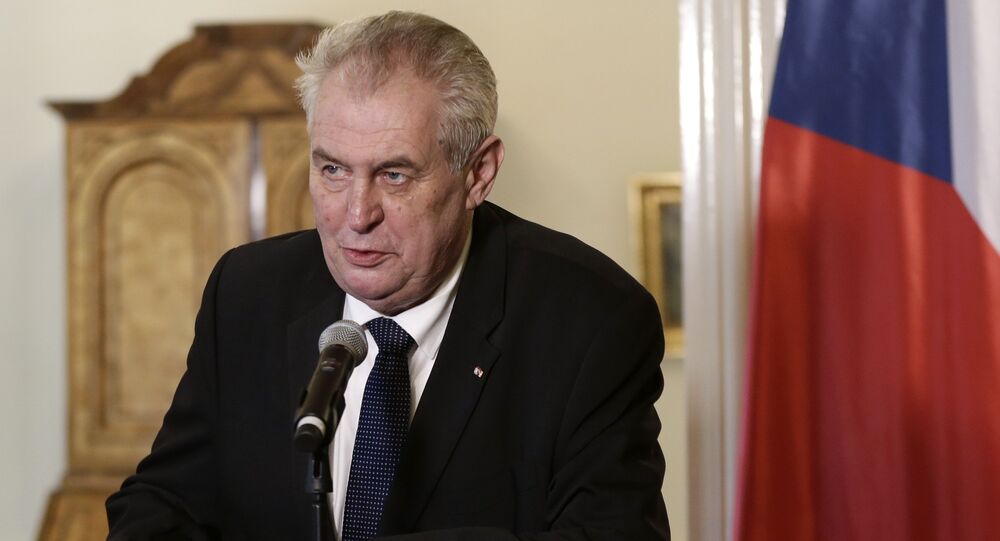 "A few days ago I received an analysis of the situation with Nikulin… The document shows that Robert Pelikan, who is still holding the position of Justice Minister, did not comply with our laws in Nikulin's case and his extradition to the United States," Zeman told the TV Barrandov channel.

© AP Photo / Brennan Linsley
Russian National Nikulin to Appear in US Court Over Hacking Charges
Zeman reportedly noted that Pelikan had already announced his plans to resign, therefore no measures could be applied to him for violation of Czech laws.

In late March, Nikulin, who was arrested in Prague in October 2016 for allegedly hacking computers belonging to LinkedIn, Dropbox and Formspring online services, was extradited to the United States on the basis of a decision taken by the Czech Justice Ministry. The Russian Foreign Ministry said Moscow was outraged by the decision of the Czech Republic to extradite Nikulin.

Russia's Nikulin 'Combative' With US Marshals in Jail, No Escape Attempt