MOSCOW (Sputnik) - Thursday, April 26, marks the 32nd anniversary of one of the worst man-made disasters in history, the explosion at the Chernobyl nuclear power plant in northern Ukraine, where the once-busy city of Pripyat has now been reduced to a ghost town.

The Chernobyl plant, called the V.I. Lenin Nuclear Power Station in the Soviet era, was the first ever nuclear power plant built on Ukrainian soil. 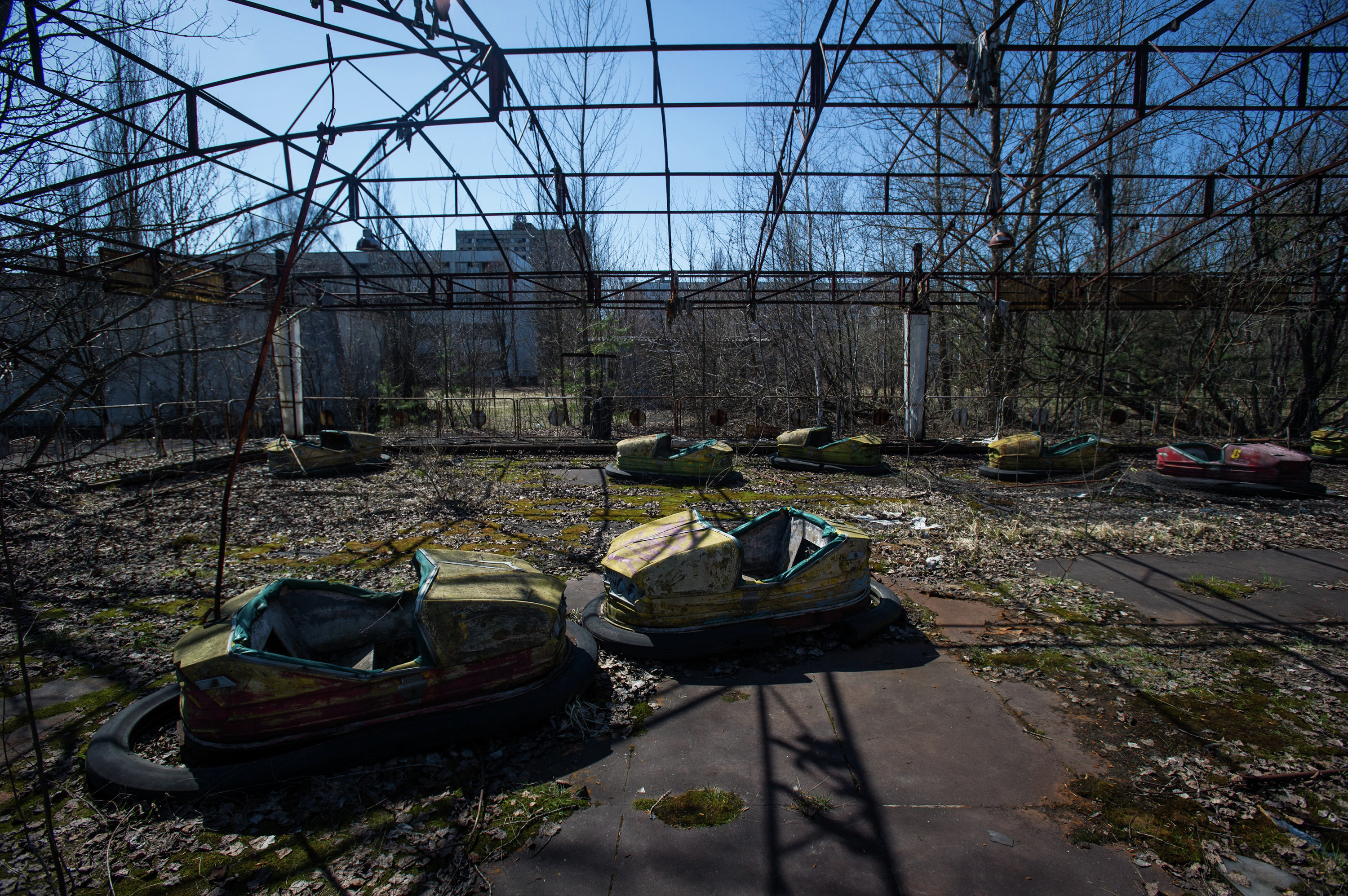 On the night of April 25, 1986, a group of engineers at Chernobyl’s number four reactor began an experiment to test new equipment. The operators needed to reduce the reactor’s power capacity, but as the result of a miscalculation, the output dropped to a critical level, triggering an almost complete shutdown.

Radioactive gases, aerosols and dust immediately shot into the air above the reactor. A giant radioactive cloud moved toward European countries.One hundred ninety tons of highly radioactive material were expelled into the atmosphere, exposing people to radioactivity 90 times greater than that from the Hiroshima atomic bomb.

President of the Ukraine Press-Service
New Life for Chernobyl? Ukraine, France Might Build Giant Solar Park at the Site
Thirty-one people were reported dead in the immediate aftermath of the nuclear disaster and the 600,000 "liquidators" received high doses of radiation, averaging around 100 millisieverts. The highest doses were received by about a thousand emergency workers during the first day of the catastrophe.

On July 7, 1987, six former officials and technicians at the Chernobyl nuclear power plant went on trial on charges of negligence and violation of safety regulations. Three of them – Viktor Bruyihov, the former Chernobyl power station director, Nikolai Fomin, the former chief engineer and Anatoly Dyatlov, the former deputy chief engineer – were sentenced to 10 years in prison.

Soon after the explosion, an exclusion zone with a radius of 30 kilometers (17 miles) was established.

Recently work on the shield has been suspended amid the crisis in Ukraine.

In December 2003, the UN General Assembly declared April 26 an international day of remembrance to mark the memory of victims of radiation accidents and disasters.