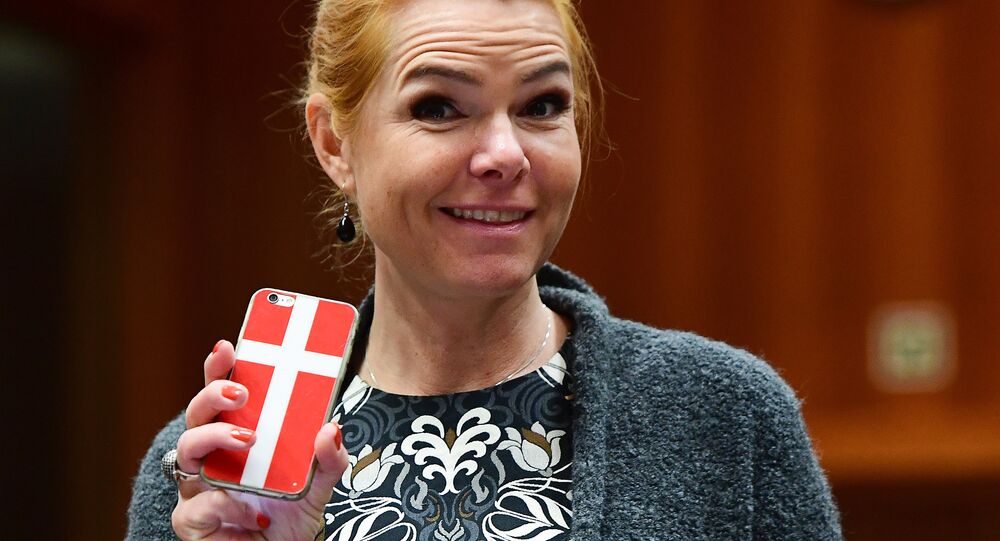 Inger Støjberg has lashed out against what she claimed to be widespread cheating among migrants and refugees, which is aimed at securing various benefits and often goes unpunished.

A significant proportion of refugees in Denmark cheat regarding family reunions, provide false data and attempt to swindle the state, Danish Integration and Immigration Minister Inger Støjberg of the ruling Liberal Party told the Berlingske daily.

"It's a matter of trying to jump over the fence where it is lowest. If you can do it without any consequences, then it's almost advisable not to make any effort," Inger Støjberg said.

By her own admission, she has a "clear feeling" that a "significant group" of refugees try to deceive the Danish state.

Støjberg cited a Facebook group that provides the answers to a so-called "module test" that all migrants have to go through as part of Danish education, as the most recent example of cheating. Overall, the test includes four parts — reading, writing, listening and oral examination. Mass fraud has been revealed in connection with the reading part, Støjberg pointed out.

"It gives one the advantage that one doesn't have to prepare. You can cheat through it all, with virtually no consequences," Inger Støjberg said.

At the same time, Støjberg backed the change of legislation proposed by Health Minister and fellow Liberal Ellen Trane Nørby, who about a month ago proposed that migrants who have been in Denmark for over three years should forgo the right to interpretation services.

According to the Danish National Audit Office, expenditure on interpreting services within legal and asylum proceedings as well as healthcare was DKK 305 million ($50 million) in 2016.

Another one of Støjberg's beefs was asylum applicants lying about their age.

"We also see young people under the age of 18 who cheat their way  into getting better treatment and more benefits. An unaccompanied minor costs over half a million kronor [over $80,000], and it is a fact two-thirds of those later age-tested proved to be older than they originally stated. Therefore, we do age-testing in all the cases when we are in doubt," Støjberg wrote on her Facebook page.

Figures from the Immigration and Integration Ministry indicated that of the almost 2,000 people age-tested in the period 2014-2017, about 1,450 or 73 percent proved to be older than initially stated.

In addition, Støjberg emphasized family reunions as a third example of cheating, which may result in municipalities having to find apartments for the new arrivals' families when they change their residence.

"I believe it's really greedy to try and squeeze the lemon to the utmost by changing residences," Støjberg said.

Støjberg emphasized that this shouldn't be interpreted as an anti-migrant rant. There is no reason for those who don't cheat to feel hurt by harsh words, she stressed.

"Every time I see a place where you can cheat or you try to obtain something that you are not entitled to, the rules will be tightened up," Støjberg assured.