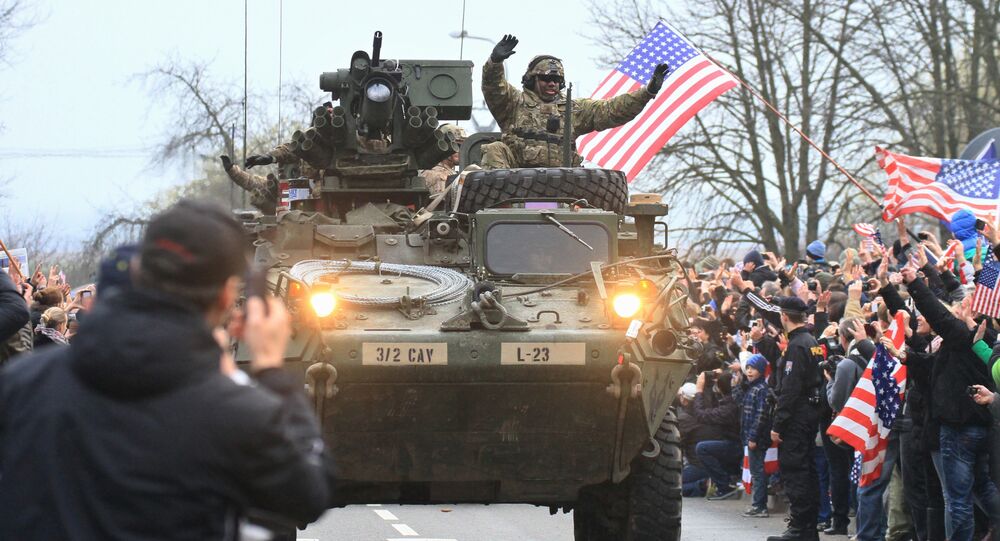 WASHINGTON (Sputnik) – An armored convoy including tanks and Bradley fighting vehicles used German public roads for the first time in 15 during the recently completed Combined Resolve exercise, the US Department of Defense said in a press release.

The tactical road march proved to be successful, with only limited recovery operations. The convoys also manage to avoid any major damage to the roads and towns along their route, a significant accomplishment considering the size of some of the vehicles in the move.

"We made safety and minimizing the impact to local communities top priorities for our brigade," ABCT Commanding Officer Colonel David Gardner said.

Numerous local citizens stood by along the routes with cameras and video recorders to witness and record the road march, according to the release.

German Police Halt Convoy of US Howitzers Over Irregularities