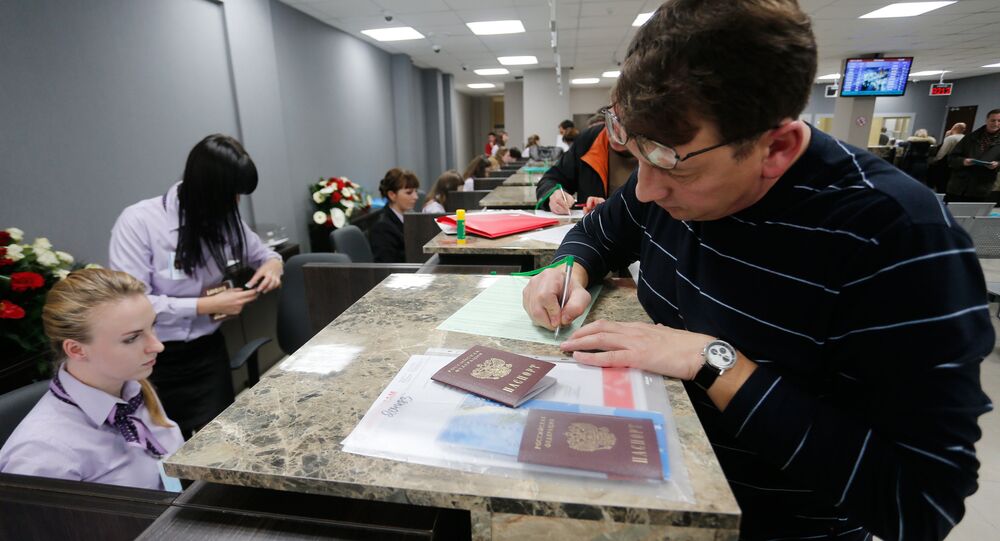 MOSCOW (Sputnik) - The situation around the case of former Russian intelligence officer Sergei Skripal's poisoning in the UK will not affect the process of visa application for ordinary Russians, UK Ambassador to Russia Laurie Bristow told RIA Novosti.

“It won't affect the process of visas for ordinary applicants. Ordinary Russians can apply in the same way — the usual way through the visa application center. We hope that the time taken to get consideration will be pretty much as it was before," Bristow said when asked if the situation around the Skripal case will affect visa application for Russians.

Former Russian intelligence officer Sergey Skripal and his daughter Yulia were found unconscious on March 4 on a bench at a shopping center in the city of Salisbury, UK. London was quick to accuse Moscow of being behind the poisoning with the use of the A234 nerve agent, while Russia has refuted all allegations and pointed to the complete lack of evidence provided to support such claims.

On April 12, the Organisation for the Prohibition of Chemical Weapons (OPCW) submitted a report to the members of the organization on the findings of the incident investigation. The details of the report have not been disclosed, since it is available only to representatives of OPCW member countries, however, according to the information received, the organization has confirmed London's conclusions about the nature of the substance that Sergei and Yulia were poisoned with.

© REUTERS / Hannah McKay
UK Police Trying to Build Case Against Alleged 'Persons of Interest' in Skripal Probe - Reports
The Russian Envoy to the UN pointed out later that the report from the OPCW does not include any information that would help the UK government substantiate claims about Russian involvement in the nerve agent attack against the Skripals.