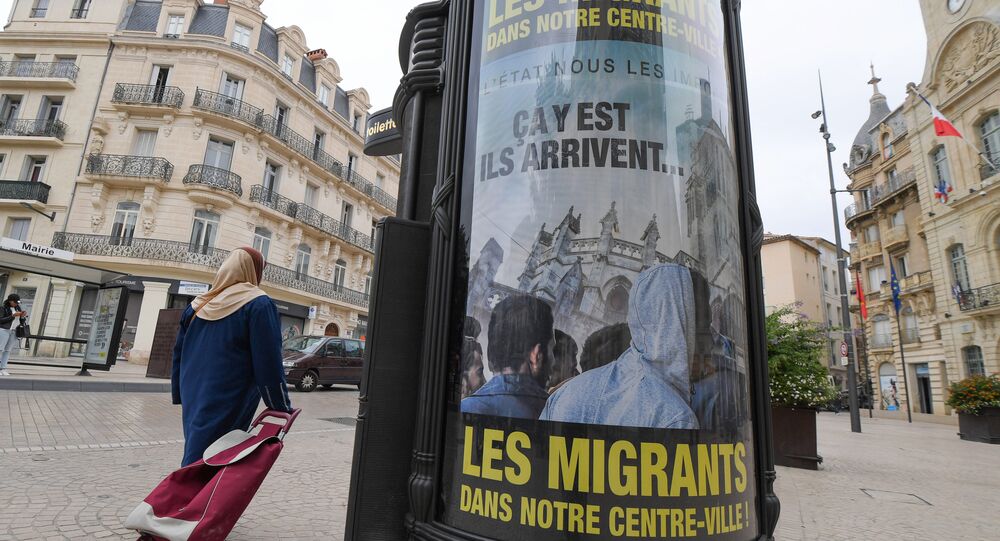 PARIS (Sputnik) - The immigration bill recently adopted by the French lower house of parliament does not address the real problems caused by the increased migration to France and was endorsed only because lawmakers lacked the courage to stand up to the pressure of the Interior Ministry, the Auberge des Migrants charity group told Sputnik on Monday.

On Sunday, the French parliament's lower house — the National Assembly — adopted in the first reading the text of a new immigration law that toughens the country's immigration policy. The bill, in particular, provides for extending the detention period for migrants awaiting deportation, including children, from 45 to 90 days and expedites the process of filing asylum applications, while at the same time reducing the deadline to appeal asylum denials.

"Globally, we think that this law project is useless… This is a law, which will facilitate, at the governmental level, the deportation of people who failed to get asylum. We are equally shocked by the fact that we would be able to keep people, including families and minors, in detention for a very long time," Francois Guennoc, the charity's vice-president, said.

© AFP 2021 / ROMAIN LAFABREGUE
'Rebel Against Migration': Defend Europe Group Blocks France-Italy Border Areas (PHOTO, VIDEO)
He believed that the adopted law overlooked two main migration-related problems. The first revolved around the so-called Dubliners — migrants who, in accordance with the Dublin Regulation, must seek asylum in the first EU country they reach; the number of Dubliners has been is increasing in France. The second problem is the lack of places in reception centers for migrants.

Guennoc pointed to the fact that the bill, which has already been debated for over 60 hours and undergone some 1,000 changes, did not have consensus even among the members of French President Emmanuel Macron's ruling La Republique En Marche! (LREM) party.

"As far as a divide in the presidential LREM party is concerned — there were deputies who disagreed with this law, but did not have the courage to go through with it [vote against the bill]. They had a lot of pressure from the Interior Minister. There was one single deputy [Jean-Michel Clement] who did vote against it, and the others abstained," Guennoc explained.

The asylum reform was initially presented in February by French Interior Minister Gerard Collomb. Along with toughening the French policies of deportation of asylum seekers, Collomb pledged to create better conditions for those who have the right to stay in France under a refugee status. The bill is now set to be debated in the French parliament's upper house — the Senate — in June.