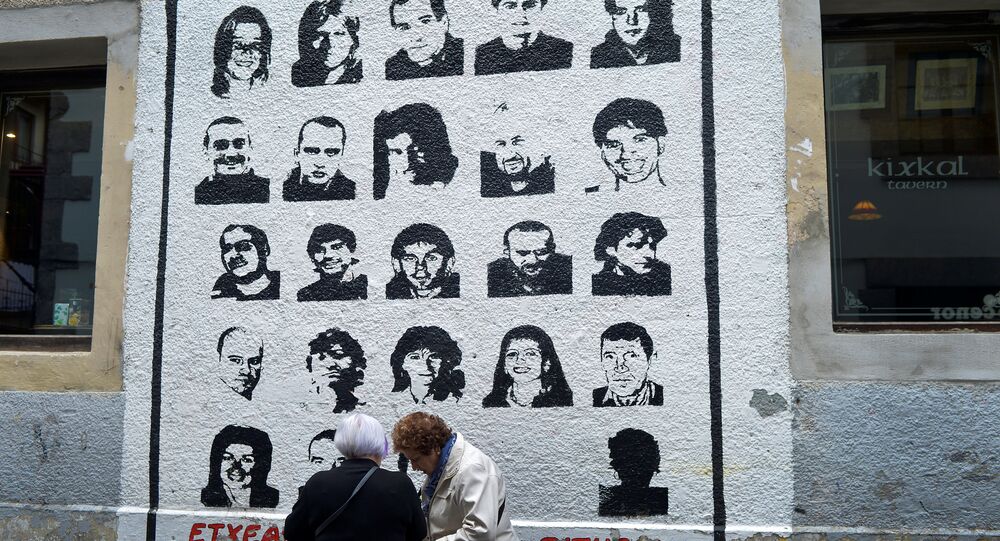 The small regional militant group has been a thorn in the side of the Spanish government for almost six decades and is preparing to exit the military arena for good.

The armed Basque guerrilla movement ETA on Friday accepted responsibility for the deaths of at least 800 mostly Spanish citizens in the course of the group's paramilitary activities since 1959. As the group prepares to voluntarily liquidate itself, the leadership of ETA apologized for the effects of its actions and asked the forgiveness of their victims' families.

"We know that we caused a lot of pain during that long period of armed struggle, including damage that can never be put right. We wish to show our respect for those who were killed or wounded by ETA and those who were affected by the conflict. We are truly sorry," a televised statement released by the group's leadership read.

In the course of its armed activities, the group was listed as a terrorist organization by the European Union, United Kingdom, United States and Canada as well as the central government in Madrid.

© AFP 2021 / Gaizka Iroz
French Interior Minister Hails ETA Handing of List of Weapons Caches
In 2011 the group announced a "permanent ceasefire" and declared it would pursue its objectives of autonomy through political channels, while refusing to renounce the use of violence in pursuit of its aims. The group has also lent its support to the 2017 referendum on independence in Catalonia.

ETA began as a group mainly promoting cultural expression for the Basque ethnic minority in far northern Spain which suffered severe repression under the right-wing military dictatorship of Francisco Franco. In 1959 the group turned its efforts to armed struggle in pursuit of independence for the Basque region, engaging in bombings and targeted assassinations against Spanish security forces and those they considered the enemies of their cause.

Basque Separatist Group ETA to Announce Dissolution in May – Reports