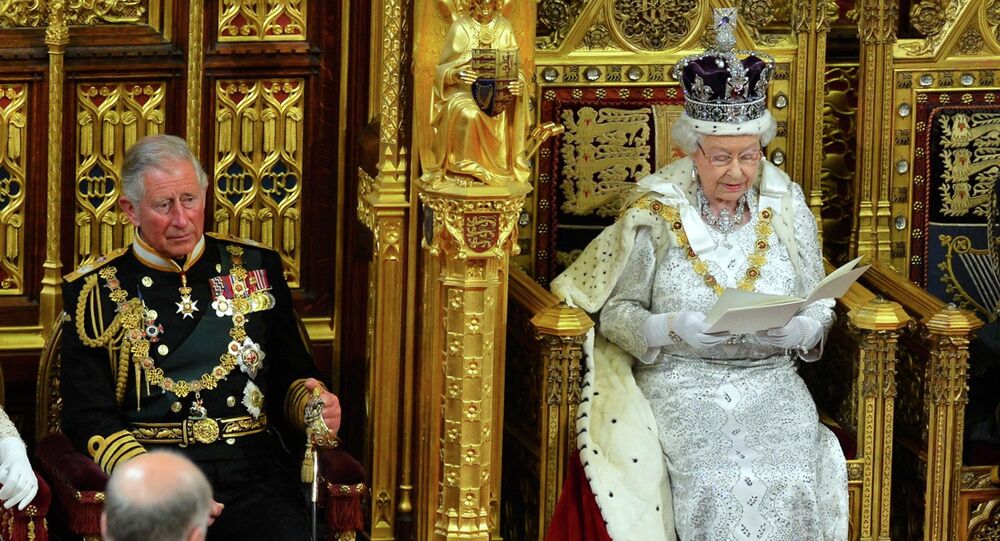 Due to her constitutional position, the Queen almost never publicly expresses opinions on political matters, making the statement all the more remarkable.

Queen Elizabeth II has opened a meeting of the Commonwealth Heads of Government in London by announcing her "sincere wish" that her son, Charles the Prince of Wales, succeeds her as head of the 53-nation organization after her reign. A decision by the leaders of the member-states is reportedly to be reached by Friday.

"It is my sincere wish that the Commonwealth will continue to offer stability and continuity to future generations and will decide that one day, the Prince of Wales should carry on the important work started by my father in 1949," the Queen said in the speech given at Buckingham Palace.

© REUTERS / Justin Tallis/Pool
Queen Elizabeth's Apocalypse Speech Highlighted by Tensions With Russia
Elizabeth II has headed the Commonwealth of Nations since acceding as Monarch in 1952 on the death of her father King George VI and the early decades of her reign saw the British Empire rapidly decolonized and transformed into an international organization of theoretically equal, independent and "freely associating" member-states.

Unlike the British Monarchy itself, the position of Head of the Commonwealth is not necessarily hereditary and while the Queen tried to ensure her heirs would continue in the role in the 1950s, Britain has increasingly needed to consult with fellow members of the body in order to prevent them from leaving.

Proposals have been made in the past to rotate the leadership of the Commonwealth among its member states whose primary historical bond is being part of the British Empire.

Labour leader @jeremycorbyn says Prince Charles should not automatically become Head of the Commonwealth after the Queen.

One of the Queen's many efforts throughout her reign has been to prevent the rise of republican sentiment in Britain's former colonial dominions that might push them to leave the Commonwealth. Australia, a country with one of the closest historical bonds to its imperial parent has seen the issue re-emerge during the leadership of its republican Prime Minister Malcolm Turnbull, and uncertainty remains whether the Pacific nation would remain in the Commonwealth after the Queen dies.