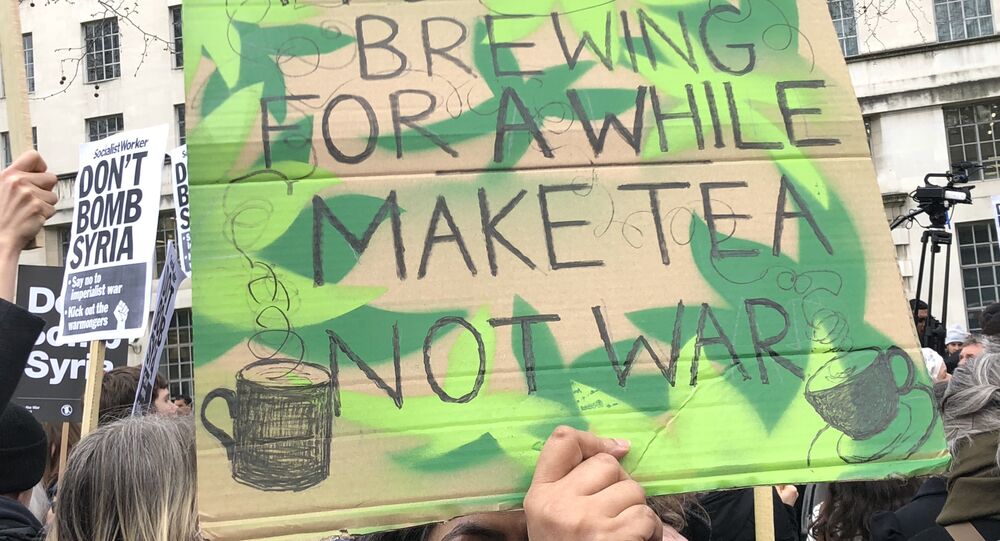 WASHINGTON (Sputnik) - Citizens of the United States in Italy should remain on alert in the coming days due to a series of planned protests against recent US-led military strikes on Syria, the embassy in Italy said in a series of travel alerts.

"We recommend that you exercise caution, especially in the vicinity of large gatherings, utilize good situational awareness and monitor local media for updates," the US embassy said in three separate alerts.

Several hundred people plan to participate in the rallies, which have been organized by different political and civil society groups, the embassy said.

© Photo : Youtube/Sputnik
'Hands off Syria': WATCH People in US Protesting Against Strike on Syria
Marches against recent military strikes by the United States, the United Kingdom and France are scheduled to take place in Rome, Milan and Florence on April 16-18.

After the US, the UK and France launched missile strikes on a number of targets in Syria on Saturday morning in response to an alleged chemical weapons attack in Douma, in Eastern Ghouta, multiple rallies were held in the United States and Britain, protesting the attack.

While Western states have been blaming the Syrian government forces for the incident, Damascus has denied using chemical weapons.

According to the Russian Defense Ministry, Damascus didn't use chemical weapons in Douma, while Moscow has evidence confirming the incident had been staged by foreign security services and militants based in the city.