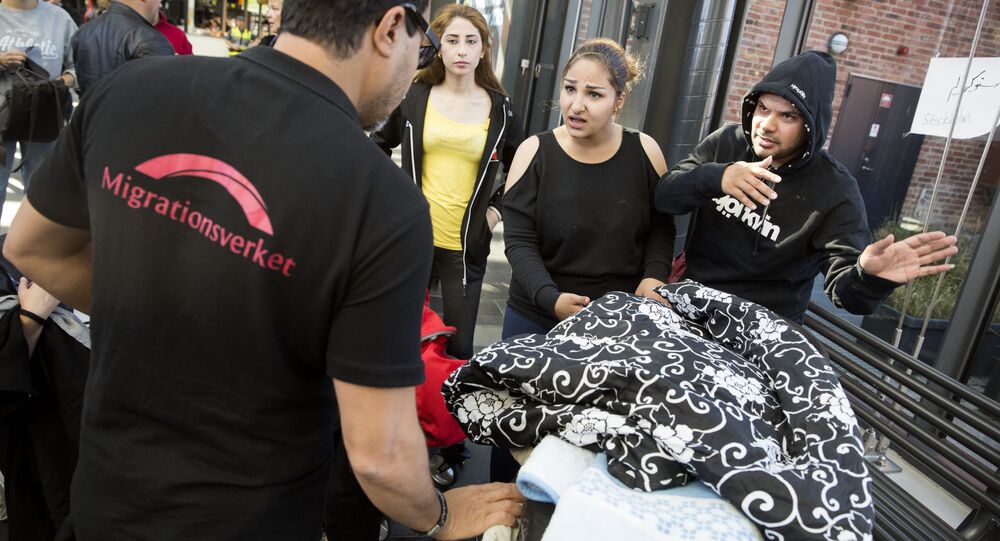 Sweden, which already has some of the world's highest taxes, may well see them rise further, should unemployment among the "new Swedes" remain at an equally problematic level, national economists have warned. Currently, a staggering half of all newcomers remain unemployed after eight years in Sweden.

Sky-high unemployment among foreign-born Swedish citizens may hurt the Nordic country's economy in the long run and force its taxes to climb further upward, the National Institute of Economic Research (KI) has warned.

As of today, half of Sweden's foreign-born residents remain unemployed after eight years in the country. For those who only have upper secondary education, it takes even longer: it took an average of 10 years for half of immigrants who arrived in Sweden in 2006 to find a job. At the same time, the general level of unemployment remains comparatively low (7.2 percent) amid a promising labor market, with only 4 percent of ethnic Swedes being unemployed. The striking difference in employment figures among Swedes and immigrants bodes ill, the National Institute of Economic Research warned.

"It's serious that we have these differences in the longer perspective. Once you stay out of the labor market for a long time, you are forced to live off benefits, something that leaves a toll on the government finances," KI chief forecaster Ylva Hedén Westerdahl told SVT.

Unless more immigrants enter the Swedish labor market, the Nordic nation will have to raise taxes, Hedén Westerdahl assured. She also pointed out that in Sweden's rights-based welfare system, which she called "generous," people have the right to healthcare and education. However, it is also required for people to contribute, she stressed; otherwise the laborers will have an even greater tax burden to cope with.

While total unemployment is slowly creeping down, the gap between the home-born and the foreign-born workers' ability to get jobs is widening. Nearly six out of ten who are currently enrolled in the Employment Service are born outside Sweden, which is a clear overrepresentation considering that the share of Swedish residents with a foreign background hovers around 25 percent.

"We have a strong labor market with high employment levels. In parallel with this, unemployment is not dropping as fast you would expect and it has to do with the influx. We have many newcomers in the country and many of them end up unemployed during the establishment phase in the labor market," Håkan Gustavsson of the Employment Service told national broadcaster SVT. Gustavsson attributed the gap to ethnic Swedes' and above all Swedish women's extremely high employment rates compared with the rest of Europe.

To give an example of this, SVT took up a 35-year-old Kurdish woman, a single mother of five, who has now taken her first ever job as a cleaner after 16 years in Sweden and only after first undergoing a "tailor-made" education course. This spurred strong reactions on social media, with many users arguing it rather was a sad example rather than "feel-good" news.

"This is a one odd article. A woman receives tailor-made education to clean up stairs in her area after 16 years in Sweden. What is most strange is that SVT describes it as a success story. It is not. It's sad," Edward Nordén wrote.

​The Swedish government has repeatedly acknowledged the problem and in an effort to boost the job applicants' qualifications urged them to learn Swedish as fast as they can.

"Everyone who can work should work, Swedish language skills are thus key to getting on with either work or education" Finance Minister Magdalena Andersson said.