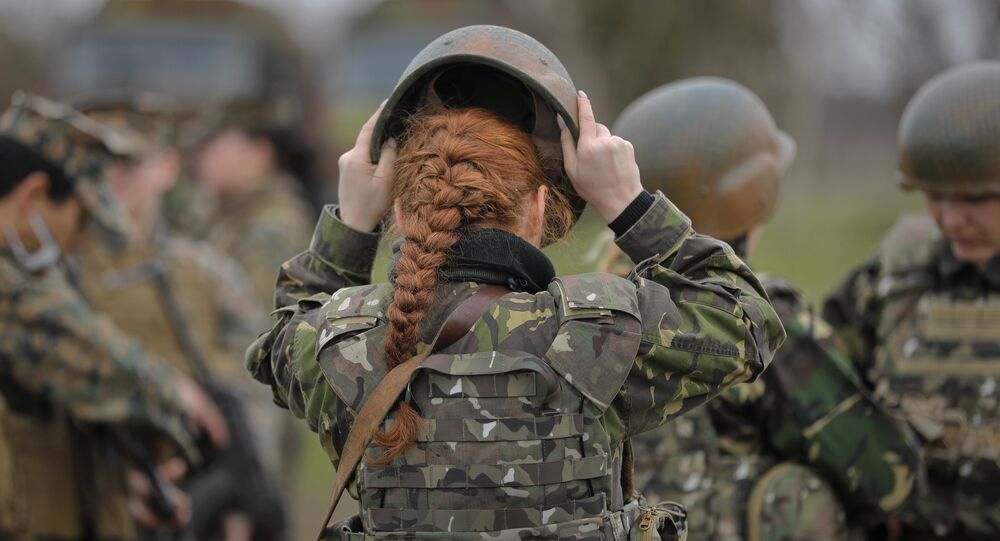 NATO has a "long a way to go" before it finally becomes gender equal, the Swedish Defense Research Agency (FOI) said in its evaluation.

In June 2017, the FOI received the honorable task of reviewing and evaluating the way NATO's gender policy adopted in 2010 has been implemented. Sweden is not a NATO member, rather opting to remain non-aligned, but maintains strong ties to the organization.

According to gender researcher Helené Lackenbauer of the FOI, NATO's failure and shortcomings in gender issues depend, among other things, on "incomplete leadership."

"The fact that the senior management supports gender-related work, as well as that there are both a policy and a plan of action in place are important prerequisites. However, already at this level there are shortcomings with NATO for lack of clear objectives for the plan of action," Lackenbauer said in a press-release.

​Lackenbauer called for NATO managers to shoulder more responsibility for what is happening within their organization in order for gender work to progress.

"It must affect pay, promotions and career opportunities, otherwise the development will not speed up," FOI stressed, calling for more women in positions of influence and power.

At the same time, however, the Swedish research institute stressed that both men and women must be given the opportunity to combine professional careers with family life.

Yet another complaint lodged by the FOI deals with NATO's employment policy and self-projection in social media.

"Social media illustrate the organization with combat vehicles and aircraft," complained the FOI, slamming the fact that it does little to highlight the more comfortable tasks that would attract more women. "It doesn't appear that there is a wide range of services, such as policy work, counseling and program management. It makes it difficult to recruit women to higher positions, but it's also hard for women who've already been recruited to stay where they are," the FOI wrote.

Lastly, Helené Lackenbauer also raised the problem of insufficient knowledge on how to integrate the gender perspective into NATO's daily work.

"Everything is in place, but not much is happening. It seems difficult to take it to the next level," Helené Lackenbauer stressed.

"I think we have the power to move mountains. To me, feminism and the strive for gender equality compound a modern view of global politics. Change is possible, necessary and long overdue", said @margotwallstrom in her concluding remarks of #StockholmGenderForum pic.twitter.com/IflsCLgQYd

​For Sweden's overtly feminist government, promoting gender issues is one of its top priorities. "Sweden has the world's first feminist government, which means that gender equality is crucial to government priorities in decision-making and allocation of resources," the government's website said. To support this cause, Sweden pledged earlier this month to invest SEK 1 billion ($120 million) in global gender equality efforts over the coming years. The money is expected to be distributed via the Sida assistance organization between 2018 and 2022.

The Swedish Government is now investing 125 million US dollars in global gender equality to promote the rights of women and girls: https://t.co/UEU7yMQLQL #GenderEqualWorld #StockholmGenderForum @IsabellaLovin pic.twitter.com/zvtrBzsNxP

Thanks to #WikiGap, over 3 000 new or expanded articles about notable women have been added to the world's largest encyclopaedia. Now it's time to pass on the baton. Care to pick it up? https://t.co/xdACC5tSKV @Wikimedia pic.twitter.com/95iQ7D1cW2