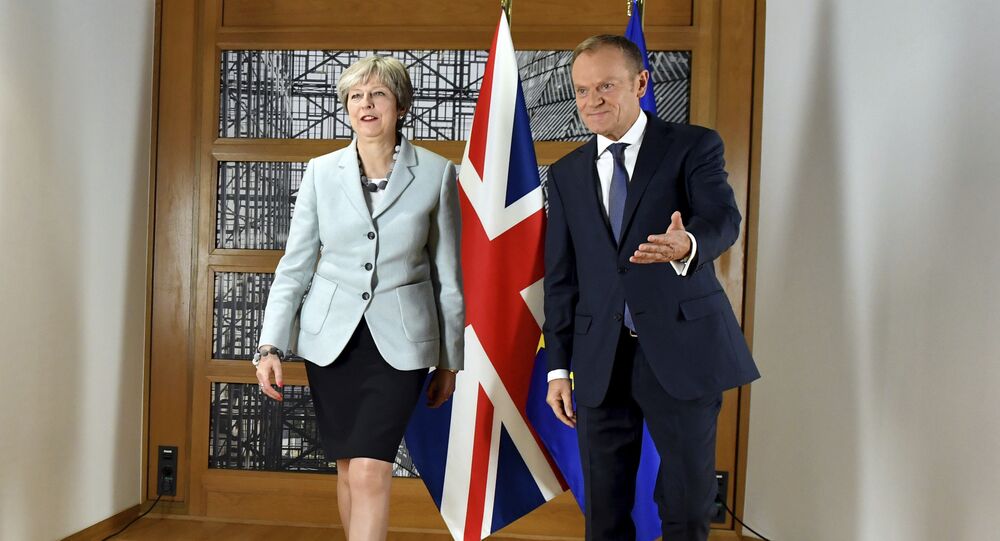 The UK's decision on Brexit has caused the problem, and the UK will have to help solve it. It’s the most recent message by European Council (EC) President Donald Tusk to Britain, while he also called for long-awaited solution to the hard border issue between Ireland and Northern Ireland.

In his April 18 report to the European Parliament, Tusk addressed the thorn in the flesh of Brexit negotiations — the unsettled issue of a hard customs border between Belfast and Dublin. Tusk's main message was plain — "without a solution, there will be no withdrawal agreement and no transition."

With the looming deadline of June 2018 for the assessment of negotiations, Britain and its government have to establish a resolution that would appease political players in Northern Ireland and the Republic.

My report to the European Parliament on the March #EUCO: https://t.co/2oSi7BKM91

The Democratic Unionist Party (DUP) led by Arlene Foster, have expressed their concern over losing integral connection with London, if they were to stay in the customs union, single market and the VAT area, as opposed to the rest of the UK.

While the Irish PM Leo Varadkar keeps insisting there should be no hard border "because that's what farms and business people and citizens on both sides of the border want and need."

The Irish Revenue Commissioners estimate that 177,000 heavy goods vehicles and 208,000 light vans cross the border between Northern Ireland and Ireland every month. In 2016, the total value of export sales from Northern Ireland to Ireland was £3.4 billion. Establishment of hard border would mean tariffs on the movement of goods and services, which would inevitably harm businesses on both sides.

Currently, there are a few ways in which the return of customs checks can be avoided. One of them is outlined in the European Commission Draft Withdrawal Agreement as a special arrangement for Northern Ireland. Second is a united Ireland, which would raise political unrest and would potentially threaten the Good Friday agreement.

Third, it could be an agreement covering the whole of Britain, providing for some sort of customs union and commitment to regulatory alignment.

Whatever the solution to the current stand-off, the UK needs to come up with one fast, as Donald Tusk stressed EU's desire to "use the positive momentum in these negotiations to finally settle outstanding issues."