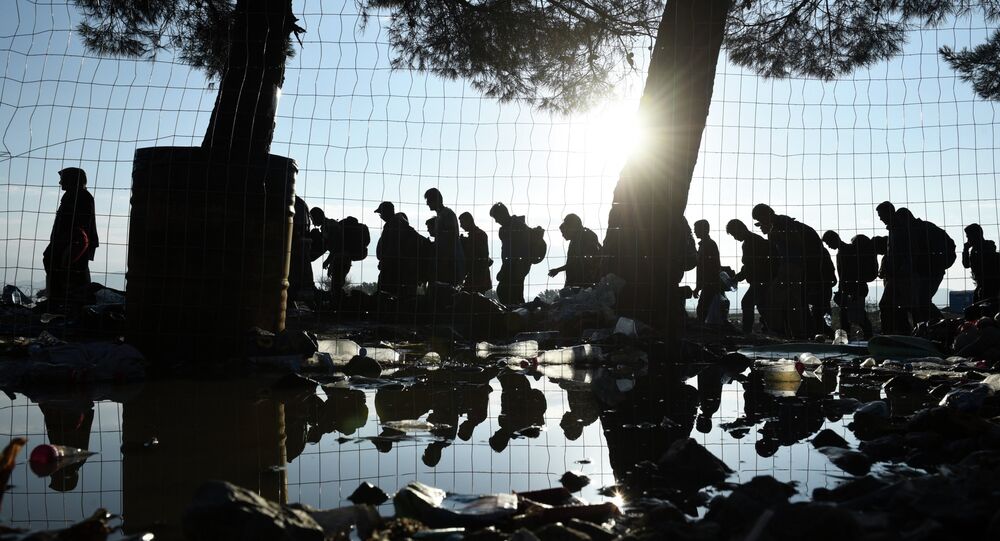 Members of the European Union don't have a unilateral opinion on the bloc's expansion into the Balkans as well as on a number of other issues rocking the region, like the Kosovo problem.

The European Commission President Jean-Claude Juncker told the European Parliament on Tuesday that the European Union should open itself up to accept new members from the Western Balkans in order to prevent the risk of a new war in the region.

"I do not want to see war returning to the Balkans and so we need to open up to them," he said.

The Balkans became Europe's hotspot after the dissolution of Yugoslavia and further unilateral cessation of Kosovo from Serbia. Since then, the Kosovo issue has been the apple of discord between Belgrade and Pristina.

© AP Photo /
Sleepless in Kosovo: A New Balkan War in the Making?
In 2011, Brussels persuaded the two to start a dialogue on normalization. However, the sides have not yet signed a legally binding agreement, although the EU leadership has repeatedly signaled that the normalization treaty is a mandatory condition for both to enter the European bloc.

Besides Serbia and Kosovo, Slovenia and Croatia also have a territorial dispute, with both countries claiming the same territories in Piran Bay of the Adriatic Sea.

Speaking at the European Parliament earlier this year, Juncker said that the countries of the Western Balkans, preparing for accession to the European Union wouldn't be able to join the bloc until Slovenia and Croatia resolve the border dispute between them.

Of the Balkan countries, Albania, Macedonia, Serbia, and Montenegro are candidates for EU accession, while the negotiations are already in progress with Serbia (since 2014) and Montenegro (since 2012). Bosnia and Herzegovina have been waiting for candidate status since February 2016.