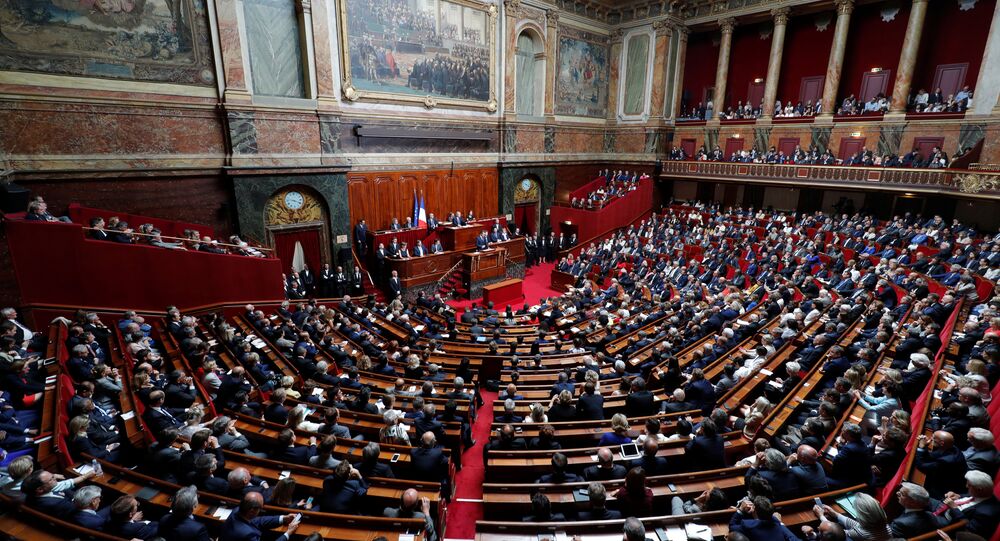 "By its force and its strikes France confirmed the status of a military power. Our armies, with our allies, have intervened with speed and efficiency," French Prime Minister Edouard Philippe told the parliament.

The prime minister thanked French troops which conducted the attack "in cool blood and with exceptional expertise."

© Sputnik / Aleksey Nikolskyi
Macron Says He Told Putin Russia "Complicit" in Alleged Syrian Chemical Weapons' Use
On Saturday, France joined the United States and the United Kingdom in a missile attack on Syrian government facilities in response to the alleged chemical attack in the town of Duma that reportedly took place on April 7. The reported incident was blamed on Syrian President Bashar Assad, but the leader denied any involvement. The US-led coalition fired over 100 missiles, most of which were intercepted by Syrian air defenses.

According to French President Emmanuel Macron, the Western attack hit three facilities involved in development and production of chemical weapons, which had been disclosed "several months ago." The first facility was attacked by London and Washington, while the United States and France targeted the second and the third facilities respectively, Macron said.

Meanwhile, the Russian General Staff said that Russian air defense systems in Syria did not record the announced strikes from France, but registered all missiles from the United States and the United Kingdom.