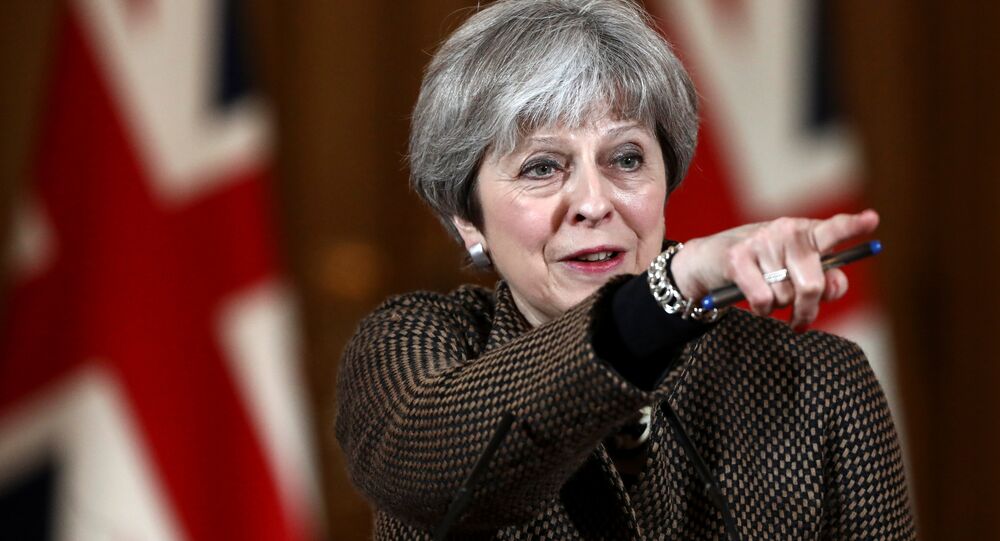 Prime Minister Theresa May is set to face restive British lawmakers Monday to justify her decision to launch airstrikes against Syria without a vote in Parliament.

The UK Prime Minister is being grilled by lawmakers on Monday, April 16 and is expected to justify her decision to launch military attack on Syria without the parliament's approval.

The Parliament, coming back from its spring recess, is expected to hear Mrs. May say:

"Let me be absolutely clear: we have acted because it is in our national interest to do so. It is in our national interest to prevent the further use of chemical weapons in Syria and to uphold and defend the global consensus that these weapons should not be used. We have done it because we believed it was the right thing to do. And we are not alone. There is broad-based international support for the action we have taken, 'pointing out that she has secured the support of a string of world leaders.'"

Britain joined its American and French allies on Saturday, 14 April as the Royal Air Force jets hit targets in Syria, in response to an alleged chemical attack in Douma.

Even though May is not legally bound to get the MPs' permission before launching military action, it has become conventional in the past decade to consult the parliament prior to such decision.

"These strikes are about deterring the barbaric use of chemical weapons in Syria and beyond," the UK PM said on Saturday, after the attacks took place.

"In a sign of cynical disdain," the intervention took place on the same on the same day experts form the Organisation for the Prohibition of Chemical Weapons (OPCW) had just arrived to Syria to investigate the alleged chemical weapons attack.

Russian Deputy Foreign Minister Sergei Ryabkov rejected Monday claims of the UK delegation to the OPCW that Russia and Syria denied access to the organization's mission to Syria's Douma. He blamed the allies' airstrikes for hampering OPCW's efforts.

"The US tries to undermine the credibility the fact-finding mission in Syria even before it arrives at Douma. Russia confirms its commitment to ensure [safety] and security of the mission and will not interfere in its work," the Russian embassy in the Netherlands said on Monday.

In her post-strikes speech, Theresa May made a reference to the poisoning of former Russian spy Sergei Skripal and his daughter in Britain, saying that the military action in Syria "will also send a clear signal to anyone else who believes they can use chemical weapons with impunity." The move by May to link Syria strikes and Skripal poisoning was criticized on social media.

Statement by the President of Russia in connection with the missile strike against Syria https://t.co/W4Y1DhFYqq

On Monday, the UK Foreign Secretary Boris Johnson called the strikes, which targeted three chemical weapons sites, "calibrated and proportionate." The British lawmakers expressed their condemnation of the PM's action, with the leader of the opposition, Jeremy Corbyn, on the forefront against May's decision.

I have written to @Theresa_May in response to last night’s legally questionable air strikes on Syria.

Parliament should have been consulted and voted on the matter. The UK Prime Minister is accountable to Parliament, not to the whims of a US President. pic.twitter.com/MWHxmoPbPZ

Leader of the Scottish National Party (SNP) Nicola Sturgeon said in reference to the strikes that Britain's foreign policy should be should be set by Parliament and not the US president.

Air strikes have not resolved situation in Syria so far — nothing I’ve heard persuades me they will do so now. An international strategy for peace must be pursued — not a course that risks dangerous escalation. UK foreign policy should be set by Parliament, not US President.

Vince Cable, leading the Liberal Democrats, said that the PM's failure to consult the parliament was a mistake.

The govt made a grave mistake not bringing the case for military action to parliament, I am concerned about the lack of information on timescales and clear goals of current action. There should be a vote tomorrow. We'll listen to the case and decide the best way to proceed.

Leader of the Green Party, Caroline Lucas, pointed out the timing of the airstrikes was to avoid the need to hold a debate with the MPs.

"I think it's outrageous that essentially Theresa May chose the timing for the bombings simply to avoid a debate in parliament." @CarolineLucas #Peston #Syria pic.twitter.com/6RHNBoMxBe

According to a recent poll, 54 percent of surveyed in Britain said the UK PM should have held a parliamentary debate on Syria strikes, while 30 percent said it wasn't necessary. Just prior to the military strike on Saturday, protesters gathered outside the PM's Downing Street residency on Friday evening, calling against "bombing Syria."