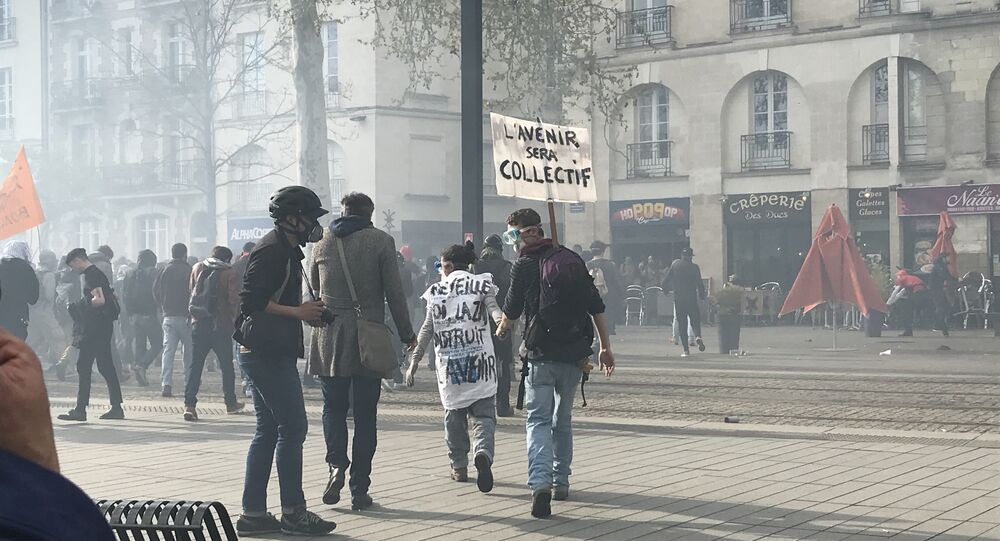 The clashes have been ongoing for almost a week in Notre-Dame-des-Landes near the French city of Nantes, as dozens of squatters oppose plans to clear the area of an anarchist camp located there.

On Sunday, over 300 protestors with Molotov cocktails attacked French police officers prior to a demonstration to protect the camp. As a result of the confrontation, one policeman was injured and two protesters were arrested.

Police said that the planned rally eventually occurred, with 3,000 to 4,000 people participating in the event.

​A similar protest took place on Saturday, with 6,700 people taking to the streets of Nantes.

​Since Monday, some 2,500 police officers have been deployed to the campsite. They have destroyed some 29 squats.

Notre-Dame-des-Landes was designated as a site for a future airport hub in 1967. However, the project had been frozen before being revived in the 2000s. Since 2008 anti-capitalists, eco-activists, and anarchists, who were against the construction of the airport have squatted the site. French Prime Minister Edouard Philippe said that the squatters camp would be dismantled and that the airport construction project would be canceled.