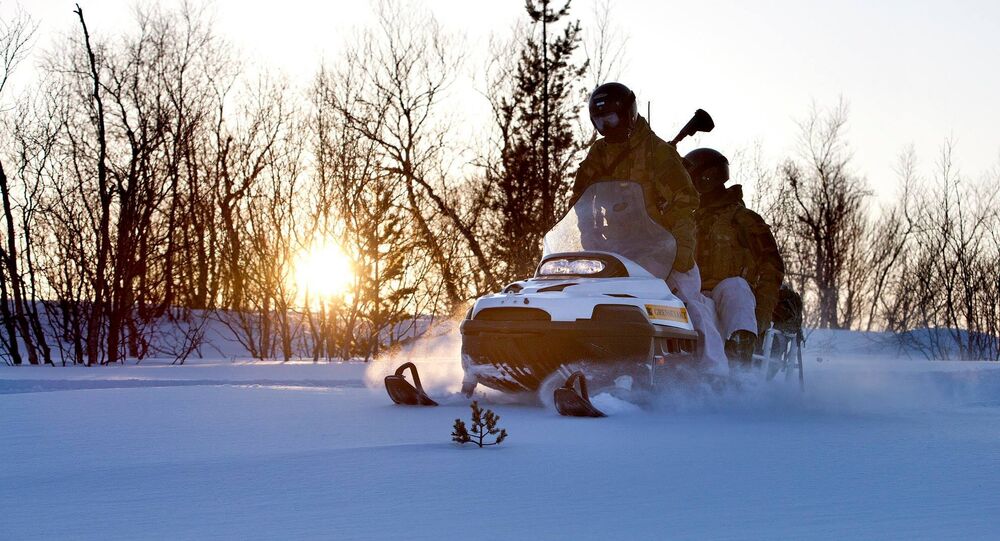 Although the seven trespassers from NATO only missed the mark by several hundred meters, the incident constituted ample grounds for a diplomatic inquiry between the two Nordic nations. By contrast, ordinary Finns resorted to rather friendly jokes about "asthma medication" and "surrendering to Norway."

A Norwegian snowmobile patrol went off course and ended up driving about a kilometer on the Finnish side of the border, triggering a serious investigation, national broadcaster NRK reported.

The incident happened last Thursday in the northern part of Enontekiö municipality, where Finland borders northern Norway, and has been confirmed by Norwegian Armed Forces spokesman Major Brynjar Stordal.

"It is true that a Norwegian patrol mounted on snowmobiles last Thursday failed to navigate correctly and ended up a few hundred meters on the Finnish side of the border," Stordal said.

The patrol immediately informed the incident to the Armed Forces Operating headquarters (FOH), which notified Finland via diplomatic channels. According to the Norwegian Armed Forces, there were seven soldiers in the patrol who happened to cross the border illegally. The soldiers themselves couldn't answer where exactly the illegal border crossing, also reported by the Finnish border guard, occurred.

READ MORE: The Law in These Parts: Finnish Municipality to Replace Police With Sheriff

The Norwegian side lamented the incident.

"We are sorry for what has happened, Stordal told NRK. The border placement of military personnel requires diplomatic clearance. Therefore, the incident was immediately reported via formal channels," Stordal said.

According to Stordal, the Finnish authorities are treating the incident as a border violation by unauthorized military personnel.

Stordal refrained from commenting on the seriousness of the matter.

"As far as we know, we have a good relationship with our Finnish neighbors, which, when it comes to the military, includes common routine drills with our combat aircraft. Later this year, the Finnish forces will also participate in the largest military exercise on Norwegian soil in many years," Stordal said.

This is the fateful Enontekiö border checkpoint between Norway and Finland. It’s marked with a giant snowball? Anyway, this is an international incident now. pic.twitter.com/3SI4wOtUjc

​It's rare for soldiers from a NATO country to enter a country without authorization, at least in northern Europe, but ordinary Finns took the incident lightly and started joking about "unconditional surrender" and making references Norwegian skiers' enormous haul of asthma medication during the latest Olympics in Pyeongchang.

​Other users welcomed the perspective of obtaining access to Norway's oil money, thus solving Finland's financial problems once and for all.

Not to mention access to Norway’s oil money! Surrendering to Norwegians would mean the end to all our money troubles

​Finland and Norway share a 736-kilometer-long border in the north.