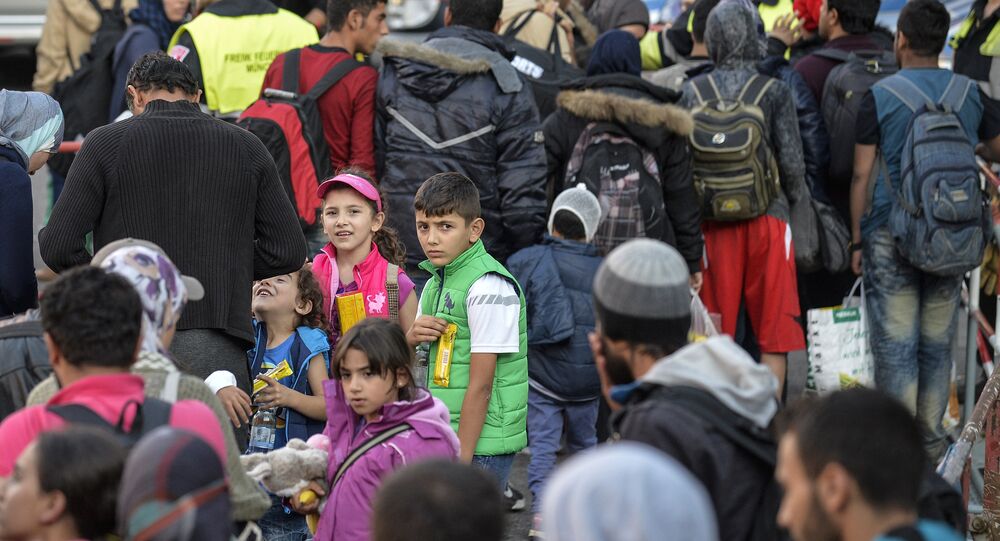 MOSCOW (Sputnik) - Germany received 46,826 asylum applications in January-March, a 22.2-percent drop from the same period of the previous year, the Federal Office for Migration and Refugees said Thursday in a statement.

"In the period from January to March 2018, a total of 46,826 people demanded asylum in Germany. Compared to the same period last year, this shows a decline of 22.2 percent," the statement read.

According to the statement, the migration office made decisions on 22,714 applications in March 2018, which is more than double the number of decisions made in March of last year and about 1,500 requests more than in February of this year.

The number of pending cases went down by over 3,000 since the end of February and currently stands at 51,968.

In 2016, the European Union and Turkey agreed on a migration deal which stipulated that Ankara would take back refugees who entered the European Union via Turkey without proper documentation in exchange for EU resettlement of Syrian refugees residing in Turkey, financial aid and visa liberalization for Turkish citizens.

The quota-based resettlement program has sown discord among the EU member states. Some of them, including Hungary and Poland, have voiced their opposition to Brussels' migration policy.