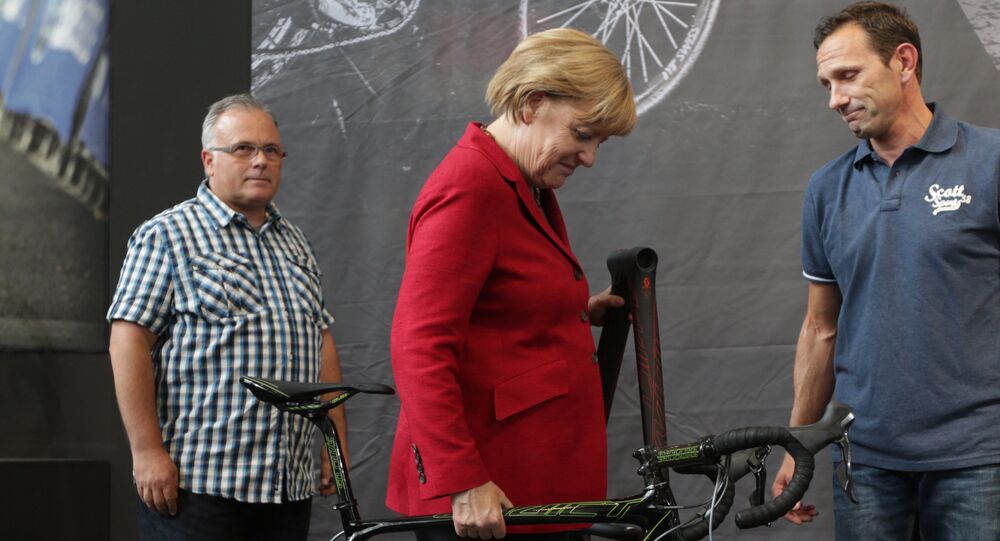 Wheels of Misfortune: Merkel’s Stance on Russia Led Back to Stolen Bike – Report

The former chief of Russia’s state railway monopoly gives an unconventional explanation for the German chancellor’s “phobia” of Russia in his memoirs. According to him it’s all about childhood traumas.

Vladimir Yakunin, who climbed from being an intelligence officer in the KGB to the CEO of Russian Railways, reveals that German Chancellor Angela Merkel has been “in thrall to some phobia” about Russia due to a painful experience in her childhood.

In his memoirs “The Treacherous Path: An Insider's Account of Modern Russia,” available from today, he stated that the longtime chancellor of the largest European economy opened up about her anti-Russian sentiment and its roots.

According to Yakunin, Merkel’s unwillingness to speak Russian despite her good command of the language and her East German background puzzled him for some time. It seemed to him that she was in thrall to some phobia.

However the chancellor herself resolved the mystery when they met in Berlin.

“Mr Yakunin, you’re right, I do have a phobia about speaking in Russian. When I was a young girl my bicycle was stolen by a Soviet soldier,” Merkel admitted, cited by Yakunin, after she greeted him at the door of her office’s antechamber, and immediately began to talk to him in Russian.

According to the memoirs, Yakunin’s reaction was prompt and gentlemanlike, as he pledged his commitment to heal the wounds the world leader faced in her past.

“’Mrs Merkel’, I replied immediately, ‘There is a large department store around the corner. If I thought for one second that it would heal your wound, I would rush across and buy every single bicycle they have.’ But I’m not sure it would help,” Yakunin’s memoirs read.

The latest revelation isn’t the only anxiety that the German chancellor has reportedly had to deal with during her course of work and visits to Russia. Her great fear of dogs also came into public attention during her meeting with Vladimir Putin in Sochi in 2007, where he let his late Labrador Konnie, who gave the German leader a hard time, sniff around and settle at her feet.

READ MORE: Putin Explains How to Stay Cool, What Merkel Sends Him and What He Can't Forgive

Vladimir Yakunin, who served as an intelligence officer in the KGB's First Directorate in New York, later worked as part of the president's administrative apparatus and then as deputy transportation minister. For 10 years, from 2005 till 2015, he was the CEO of Russian Railways, a state-owned company responsible for over 85,000 kilometers of track and more than a million workers. In 2014, the official, who founded Dialogue of Civilizations Research Institute after his resignation,  was placed on the US Treasury Department's sanctions list.

Can Putin’s Merkel Meeting Lead to Easing of Russian Sanctions?