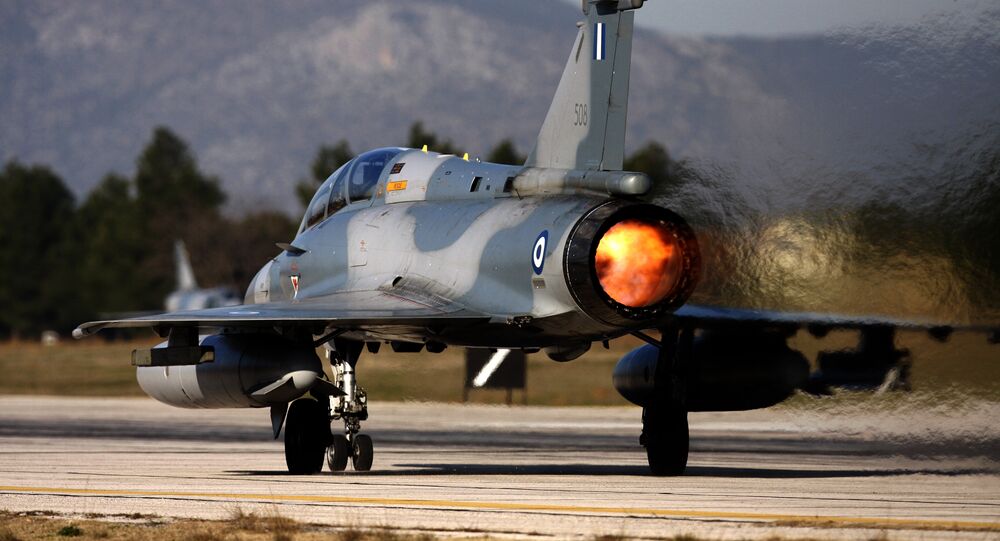 The Mirage 2000-5 fighter was reportedly conducting a patrol mission when it spiraled out of the sky and fell into the sea, north of the island of Skyros.

According to the Greek Ministry of Defense, cited by the Associated Press, a Hellenic Air Force (HAF) fighter jet has crashed into the Aegean Sea.

It remains unknown whether the pilot managed to survive; a search-and-rescue mission, involving military ships and helicopters, is currently underway.

The Greek Ministry of Defense refused to provide further details on the incident.

Over the past couple of days, the HAF has intensified its patrol missions on the maritime border with Turkey following escalations in the relationship between Athens and Ankara.

Turkish and Greek combat jets have also been engaged in routine mock dogfights in disputed airspace.